Microsoft (NASDAQ:MSFT) held an education-oriented event introducing a handful of products and services geared toward the education market.

That includes a new variant of Windows called Windows 10 S, a stripped-down version that is designed to run on low-end hardware, which is common in the education market. The company didn't specify what the "S" stood for, but presumably it stands for "school" or "student" or "Satya's No. 1!" It definitely doesn't stand for "Surface," as third-party original equipment manufacturers (OEMs) have also announced Windows 10 S laptops. Windows 10 S will only run apps that are distributed through the official Windows Store, with the hope of delivering more consistent performance across devices.

But the headliner for the event was undoubtedly the new Surface Laptop that Microsoft unveiled. 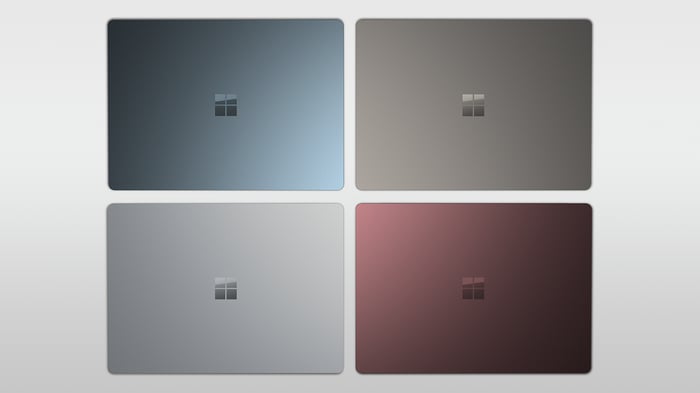 To date, Microsoft has used its Surface lineup as a way of exploring new form factors amid rising popularity of 2-in-1s and convertibles. The first Surface devices had the characteristic kickstand combined with an attachable keyboard cover; Surface Book features a detachable keyboard with a fulcrum hinge; Surface Studio's massive display can be folded to lay flat for creative professionals. But Surface Laptop is a traditional laptop, and that's a good thing.

Surface Laptop includes stylus support, and a high-resolution 13.5-inch PixelSense display running at 2256 x 1504. It has an overall wedge design, which will be instantly familiar to anyone who's purchased any laptop over the past five years. There are no USB-C ports, which may seem confusing at first, as the industry is quickly shifting toward the newer standard. But since the device is positioned for the education market, which moves slower with transitioning standards, it's probably fine, although Surface Laptop definitely won't be future-proof.

The new laptop comes in four colors (platinum, graphite gold, burgundy, and cobalt blue), and Microsoft says pre-orders will ship by June 15. Pricing starts at $999, but can reach up to $2,199 for a maxed-out model.

The educational computing market is heating up

Surface Laptop is positioned as a computer for high school graduates preparing to enter college, according to devices head Panos Panay. It ships with Windows 10 S, but interested buyers can upgrade to more powerful Windows 10 Pro for free through the end of the year.

It's pretty obvious that a $999 price point prices the device out of the K-12 market, which gravitates toward devices in the $200 to $400 range for volume purchases. Microsoft is leaving that market to third-party OEMs, at least in terms of hardware. Third-party Windows 10 S devices will start as low as $189, which represents an unambiguous shot at Alphabet's Chromebooks that have taken over the K-12 market. Apple has attempted to address the K-12 market with iPads, but Chromebooks are winning so far.

This all comes shortly after Microsoft reported that Surface revenue fell 26% to $831 million in its fiscal third quarter, which CFO Amy Hood attributed to "heightened price competition and product end-of-life cycle dynamics." Refreshing the lineup is in order, and Microsoft might as well expand its educational offerings at the same time.