There's a bit of a feud going on between Facebook (NASDAQ:FB) and Snap (NYSE:SNAP). After Snap CEO Evan Spiegel rebuffed Mark Zuckerberg's $3 billion offer for his company in 2013, Facebook started imitating Snapchat's features both in stand-alone apps and in its more established apps like Instagram. It also bought Msqrd about a year ago to take advantage of its Snapchat-style lenses that overlay graphics on users' faces. 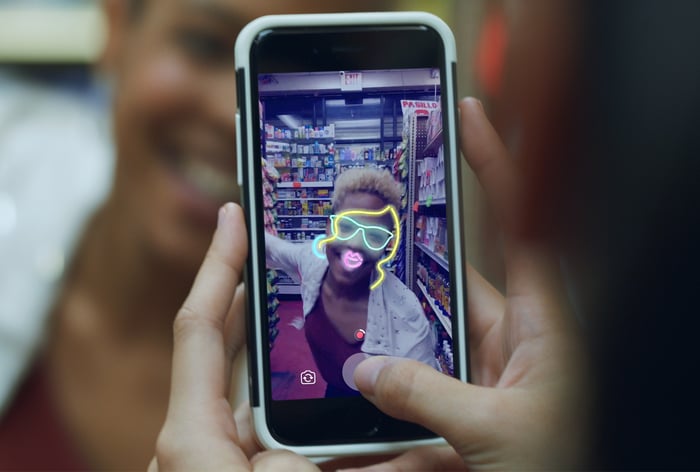