Please ensure Javascript is enabled for purposes of website accessibility
Log In Help Join The Motley Fool
Free Article Join Over 1 Million Premium Members And Get More In-Depth Stock Guidance and Research
By Asit Sharma - May 25, 2017 at 3:45PM

Don't choose between them: Both of these beer concerns belong in your dividend-investment portfolio.

Constellation Brands (STZ -0.77%) and Anheuser-Busch InBev (BUD -0.46%) represent two different breeds of beer companies. Constellation Brands, not quite a household name, sells largely in the U.S. market, yet has earned a reputation as a fast-charging brand conglomerate, booking $7.3 billion in revenue last year. Anheuser-Busch InBev, the ubiquitous global powerhouse, boasted 2016 revenue of $45.5 billion, dwarfing all other beer-industry competitors. As dividend-oriented investments, however, these two brewers will combine quite nicely in your stock account. Let's find out why. 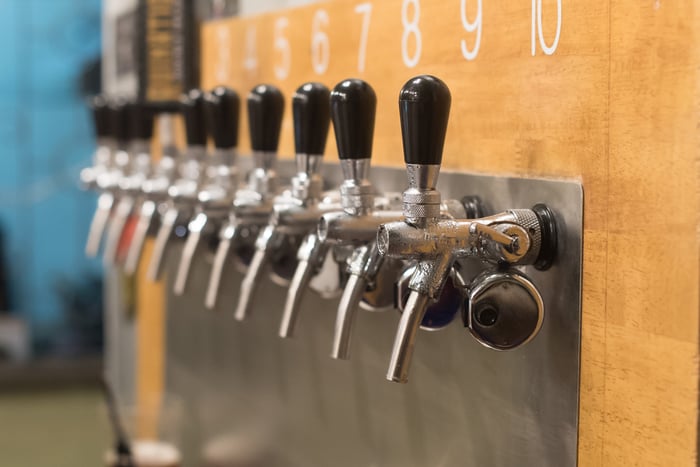