These were the first-quarter year-over-year numbers reported by Salesforce.com (NYSE:CRM). Once again, the company knocked it out of the park. There is another metric that should have shareholders excited as much as any of the above: Dollar attrition -- a measurement of the degree to which customers are leaving Salesforce -- came in below 9%. 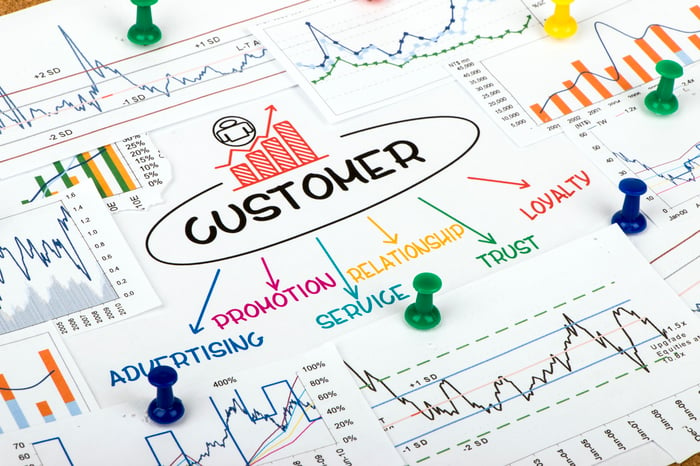 The attrition rate has declined significantly over the past six years. During the second quarter of 2011, Salesforce reported dollar attrition in the high teens. It has steadily improved that number. During Q4 2014, attrition dropped below double digits for the first time and has remained there since.

High retention rates are the norm for software industry behemoths, such as Microsoft and Oracle. In the traditional software model, a customer will pay large, upfront costs for licensing and implementation. Then the software vendor will charge an annual maintenance fee for ongoing support and updates. The significant upfront costs in dollars and time make it difficult for customers to switch vendors, as they would have to make those costly investments again. It's an extremely profitable business model but was left ripe for disruption by software-as-a-service (SaaS) vendors like Salesforce. With the SaaS model, customers don't have nearly the same upfront costs as the traditional licensing model. The downside for SaaS providers is that customers are more difficult to retain. However, Salesforce appears to be bucking this trend.

A one-stop solution for the entire customer cycle 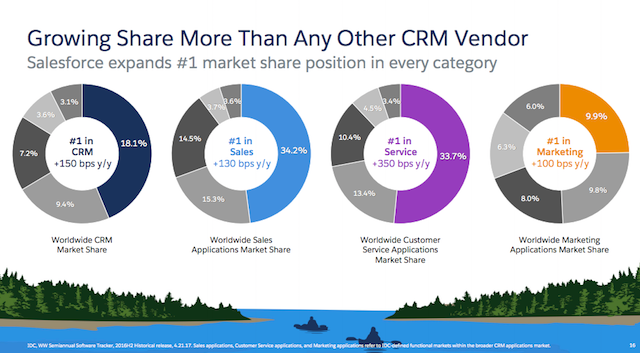 The company is also extending its lead in the overall CRM category. 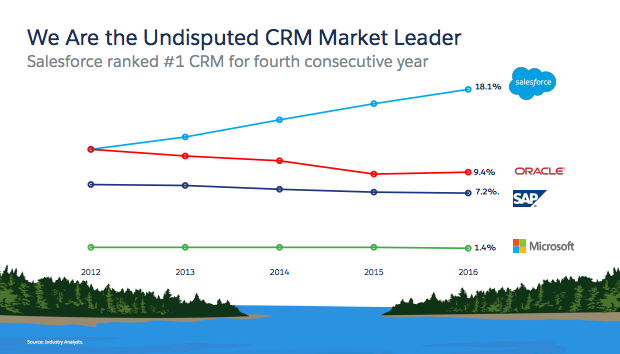 By extending customer relationships through sales, customer service, and marketing, Salesforce is becoming an important part of the entire customer lifecycle.

Salesforce customers can manage the customer relationship through various cycles with just one vendor, which makes the product even stickier. Additionally, since Salesforce's products are relied upon in a customer-facing role, any type of disruption involving data transfer, product training, or interruption of the sales cycle would not be welcome.

According to a Deloitte CIO survey, the No. 1 barrier to implementation is resistance to change. An attrition rate of 9% means that the average customer tenure at Salesforce is over 10 years. Customer loyalty toward Salesforce has a snowball-like effect, as the longer customers are entrenched in Salesforce products, the greater the company's competitive advantage becomes.

Another source of customer loyalty at Salesforce comes from its development platforms. Currently, over 3 million developers use Force.com, Lightning, Heroku, and Einstein to create powerful business applications off the Salesforce platform. Developers can also monetize those apps through AppExchange, an ecosystem of 3,000 apps that Salesforce users can download to get the most out of the software.

Just how important is the development platform to Salesforce? Earlier this month, Salesforce announced a $100 million fund to help developers, start-ups, or independent software vendors build and sell apps. Success stories of large applications built on the Salesforce platform include DocuSign and Veeva Systems. The latter is an $8.5 billion cloud software provider to the life-sciences industry, which chose to renew its deal with Salesforce until 2025. The company has built a portion of its software on the Salesforce platform rather than its own -- a strong sign displaying the strength of Salesforce's product.

The attrition rate at Salesforce has remained below 9% for about a year now. Given its robust product and growing market share across multiple categories, investors shouldn't expect it to stay at that level for too long. If it does continue to drop, Salesforce will further cement its dominance in the cloud space.