This morning, investment banker Morgan Stanley cut its rating on both stocks from "equalweight" to "underweight."

Citing Teekay proper's "fragile ... liquidity," Morgan Stanley honed in on the even greater vulnerability of the Teekay subsidiary, warning that "TOO's balance sheet remains under stress as the company has large unfunded liabilities and a considerable portion of its cash flow is at risk as many of its offshore contracts come to expiration." To keep itself solvent, Morgan Stanley believes Teekay Offshore may be forced "to issue large amounts of new equity [to raise cash] to meet its obligations," diluting Teekay Corporation's stake in the stock -- and individual investors' stakes as well. 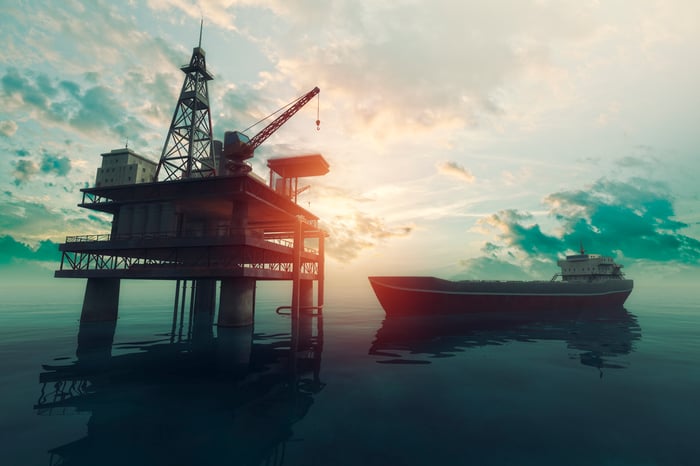 It gets worse. Citing a "sum-of-the-parts" valuation of Teekay Corporation's "three daughters," and subtracting "the net liabilities at the parent level and after applying a 25% discount on the $251m net claims from TOO," Morgan Stanley believes Teekay Corporation itself is worth only $3 per share (half of what the stock sells for today), while Teekay Offshore is worth only $1.50 (barely half what its stock sells for).

So, what's the upshot for investors today? Both of these stocks have roughly 50% downside risk to them.

No wonder investors aren't sticking around to find out if Morgan Stanley is right.