Bristol-Myers Squibb (BMS) (NYSE:BMY) might be the pharmaceutical company equivalent of the late comedian Rodney Dangerfield. Dangerfield's money-line during his career was, "I don't get no respect." BMS executives and shareholders could be saying the same thing these days. The stock is down nearly 30% after disappointing clinical study results for cancer drug Opdivo were announced in August 2016.

The drugmaker's chief scientific officer, Thomas Lynch, got a taste of the negativity associated with Bristol-Myers Squibb when he answered questions at the Goldman Sachs Healthcare Conference on Wednesday. Lynch seemed to be on the defensive during most of the session, with plenty of skeptical questions about the prospects for Opdivo. His responses, though, prompted a question in my mind: Is the market possibly wrong about Bristol-Myers Squibb? 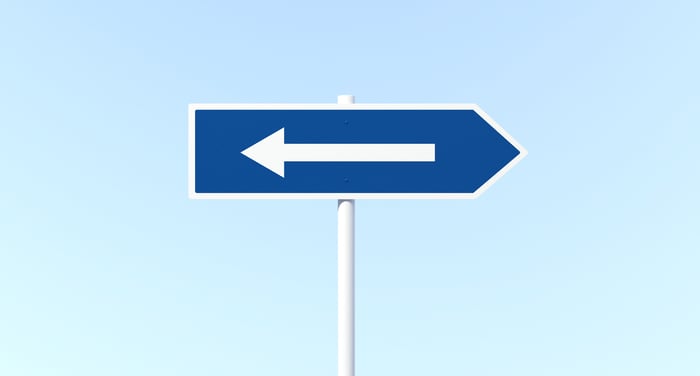 Reading too much into Checkmate-012 results?

Lynch was asked about the negative reaction by investors to Bristol-Myers Squibb's update on its Checkmate-012 study of Opdivo combined with Yervoy at the American Society of Clinical Oncology (ASCO) meeting earlier this month. The updated two-year survival data from this study showed the overall survival rate fell off dramatically for patients with 50% or greater PD-L1 expression after two years, compared to after one year.

He pointed out two important things to note about the Checkmate-012 study results. First, there were 12 patients with those high levels of PD-L1 expression taking Opdivo only, and 13 patients over-expressing PD-L1 taking the Opdivo/Yervoy combination. That's a very low sample size upon which to base any conclusions.

Second, Lynch noted strong progression-free survival (PFS) rates. He also discussed why PFS is more closely related to the activity of the drug(s) being taken. In fact, Merck (NYSE:MRK) won approval for Keytruda as a first-line treatment of lung cancer based on clinical data that showed only PFS improvement, and not OS improvement.

Are some investors reading too much into the Checkmate-012 results? I think so.

Too pessimistic about Checkmate-227?

Bristol-Myers Squibb expects to report initial results from its Checkmate-227 study by early 2018. This study is evaluating Opdivo in combination with chemotherapy in treating non-small cell lung cancer (NSCLC). A comment was made at the conference on Wednesday that investors don't feel as confident about the study after the Checkmate-012 results.

Lynch stressed that findings from the 012 study simply can't be used to predict what might happen in the 227 study. And he's right.

Lynch is also correct to caution against reading too much into how its 227 study could fare based upon results from AstraZeneca's (NASDAQ:AZN) late-stage MYSTIC study of Imfinzi (durvalumab) as a monotherapy, and in combination with tremelimumab in treating first-line NSCLC. AstraZeneca should announce those results within the next few weeks.

I also think that Lynch answered wisely when asked if investors were underestimating the opportunity for Opdivo as a monotherapy in treating first-line NSCLC. He noted that the 227 study includes an arm evaluating the drug as a stand-alone treatment and added, "We'll see where that takes us."

The bottom line is that Checkmate-227 stands on its own. Too much pessimism (or optimism, for that matter) is premature at this stage.

Lynch did have an opportunity to discuss Bristol-Myers Squibb's pipeline beyond Opdivo, which he described as "incredibly rich." He especially noted the potential for the company's experimental anti-LAG3 and IDO-inhibitor cancer drugs.

But Lynch also reiterated something that BMS CEO Giovanni Caforio said not long ago, "We're not just a cancer company." While he didn't talk much about Bristol-Myers Squibb's products outside of oncology, sales for anticoagulant Eliquis are booming and rheumatoid arthritis drug Orencia is also doing well.

My take is that the market is focused nearly exclusively on possible negatives for Opdivo. I suspect that many are basing their view of BMS' prospects on a "reading of tea leaves" that could turn out to be flat wrong. It could very well turn out that Bristol-Myers Squibb isn't in nearly as bad of a position as some seem to think it is.