Shares of SINA Corporation (NASDAQ:SINA) jumped 27.5% in the month of May, according to data provided by S&P Global Market Intelligence, after the Chinese internet media specialist announced better-than-expected first-quarter 2017 results.

SINA stock popped more than 18% on May 16 alone, the same day it revealed that adjusted quarterly revenue climbed 40.5% year over year to $275.5 million. On the bottom line, adjusted net income arrived at $37.6 million, or $0.50 per share, compared to an adjusted net loss of $0.40 per share in last year's first quarter. Analysts, on average, were modeling lower revenue of $265.1 million and adjusted net income of just $0.14 per share. 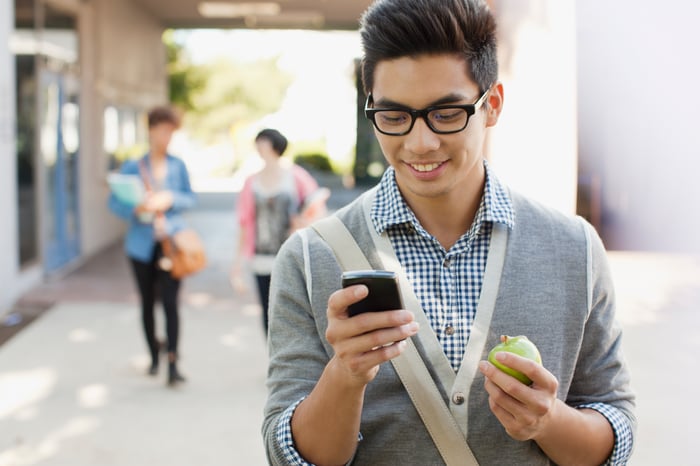 SINA CEO Charles Chao called it a "great quarter" led by accelerated revenue and user growth at Weibo, and supported by in-line results from the core SINA media business.

It's worth noting, however, that later in the month SINA announced a distribution of Weibo shares at a rate of one Weibo Class A ordinary share for every 10 shares of SINA owned, payable on or about July 10, 2017, to SINA shareholders of record at the close of business on June 7, 2017. In doing so, SINA will reduce its stake in the Chinese microblogging platform from 49% to 46% -- though the latter still represents roughly 72% of Weibo's total voting power.

Going forward, SINA also reiterated its full-year guidance for adjusted revenue to be between $1.30 billion and $1.44 billion, which was roughly in line with Wall Street's expectations despite its outperformance to start the year. Perhaps unsurprisingly, SINA stock has since pulled back to trade just a few percent above where it stood just prior to last month's quarterly release. But you can't deny this was a solid start to 2017 for SINA, and I think investors have every right to celebrate their company's position today.

Why SINA Corporation Stock Popped 27.5% in May @themotleyfool #stocks $SINA Next Article
Current