Brian Stoffel, Tyler Crowe, and Timothy Green
(TMFCheesehead)
Author Bio
Brian Stoffel has been a Fool since 2008, and a financial journalist for The Motley Fool since 2010. He tends to follow the investment strategies of Fool co-founder David Gardner, looking for the most innovative companies driving positive change for the future. He also mixes in risk-management strategies he's learned from Nassim Nicholas Taleb. Follow @TMFStoffel
Follow @@TMFStoffel

What does it mean to be a smart investor? For the past eight years, we've had a remarkable bull run. Just about anyone who invested in any company experienced a meaningful gain, and would probably consider themselves a "smart" investor.

But it's when the market swoons and investors' temperaments are challenged that the smart truly separate from the rest of the pack. 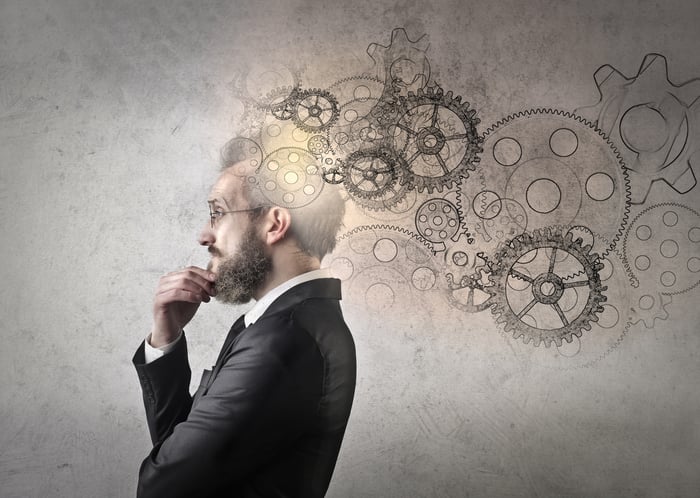 Recently, we asked three of our analysts what stocks "smart" investors should be buying now. Below, they'll tell you why you'd be wise to consider investments in Phillips 66 (NYSE:PSX), Alphabet (NASDAQ:GOOG) (NASDAQ:GOOGL), and General Motors (NYSE:GM).

Being smart by not being stupid

Tyler Crowe (Phillips 66): For just about all of us, the smartest thing we can all do when investing is to avoid making blunderous mistakes. There are so many things we as individual investors can do that would destroy value in our portfolios, but the worst is probably to trade all the time, chasing hot stocks like those billionaire hedge funds. So instead of trying to chase them every quarter, why not stick to stocks that will reliably generate returns -- like downstream oil & gas company Phillips 66?

Phillips 66 is typically viewed like many of its independent oil and gas refiner peers. While it is true that the company generates a significant amount of business from its oil refining arm, the thing that sets it apart from its peers is its sizable investments in petrochemical manufacturing, which help to offset the cyclical nature of the oil refining business. This past quarter, Phillips 66 recorded $201 million in adjusted earnings from its chemical segment, by far the best performing business line. Those results are even before the company brings its $6 billion Gulf Coast Petrochemicals Project online. This facility will single-handedly increase CPChem's -- Phillips 66's chemical unit, part of a joint venture with Chevron -- global production capacity of polyethylene by one-third.

Phillips 66's petrochemical assets are commonly overlooked because of its cyclical oil refining business, and the company's stock trades at similar valuations to other independent oil refiners that have nowhere near the petrochemical footprint of Phillips 66. For investors that want to do something smart by simply not doing something stupid, take a look at Phillips 66. Warren Buffett did, and now he owns $6 billion of Phillips 66 stock.

To me, there are few companies that are better to start with than Alphabet, parent company of Google. The company has seven products with over one billion users: search, Maps, GMail, Google Play Store, YouTube, Android, and Chrome. Sure, none of those services costs a dime, but the data the company collects is unmatched.

That data can then be used to offer up ads that are targeted in a way that only Facebook can match. With the massive global shift to digital advertising underway, Alphabet stands to be one of the biggest winners.

Not only that, but the company will be just fine when the next recession comes along. It has an extremely diversified customer base, cash and equivalents of almost $100 billion, and a very manageable debt load of just $4 billion.

While shares have advanced almost 250% over the past five years, they trade for 23 times trailing free cash flow, a price I consider to be very fair given all of these strengths.

Hedge fund manager David Einhorn has accumulated a big stake in General Motors, with Greenlight Capital owning about 4.9% of the company. Einhorn tried and failed to use that stake to pressure GM into adopting a dual-class share structure meant to unlock value. Shareholders sided with management, which expressed concerns about GM's credit rating and the company's cost of capital.

Whether Einhorn will keep his stake in GM after his proposal was defeated is unclear. Einhorn's frustration isn't unwarranted -- GM stock has gone nowhere in the past four years, and it trades for a mid-single-digit earnings multiple. The market is pricing GM stock as if the company's profits are going to collapse, a possibility if U.S. vehicle demand tumbles.

Investors may need to wait for GM to prove that it can produce a profit during a downturn in demand before the stock price fully reflects the value of the company. That may take years. For investors willing to be patient, a 4.4% dividend, which only eats up about 25% of the company's earnings, is an enticing proposition in the meantime.