It's a good time to be in the micro-camera business. Demand for high-definition, low-power video-capture devices is set to soar over the coming years thanks to booming market niches as varied as sports cameras, drones, and self-driving automobiles.

Ambarella (NASDAQ:AMBA) is well-positioned to benefit from much of that growth. But here are a few important trends for investors to consider before buying this promising stock. 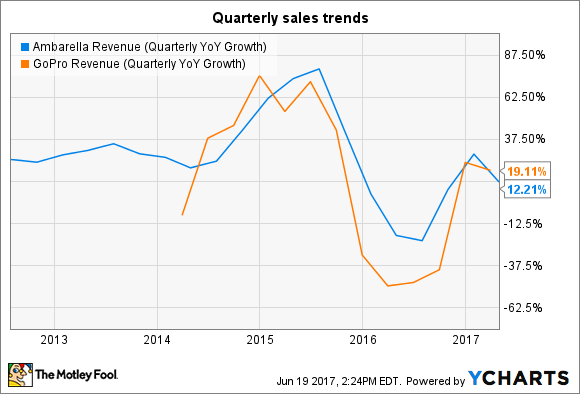 Ambarella is aiming to diversify more deeply into markets, like security and automotive cameras, that aren't sensitive to volatile consumer demand swings. It is making progress on this score, but its sales growth trends are still impacted by the results of just a few of its biggest customers. In fact, Ambarella's five biggest customers accounted for 56% of sales last year.

Unfortunately for the video compression tech specialist, GoPro was one of those five customers, and so the collapse in sales growth that the sports-camera company endured over the holiday season had a disproportionately negative impact on Ambarella's results. 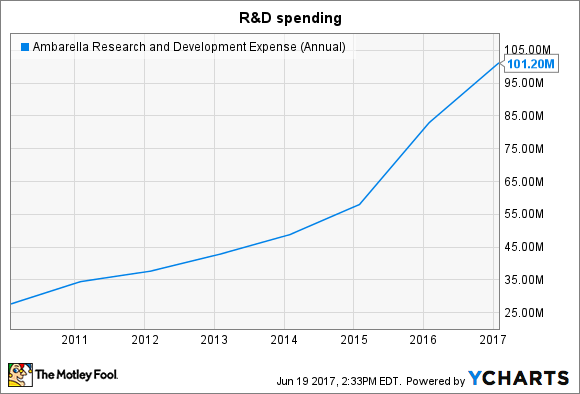 The company's biggest expense by far is research and development, which makes sense because its competitive advantage derives from its ability to pioneer valuable video-compression technology. Roughly three-quarters of Ambarella's employee base is employed in R&D, with engineers spread out between semiconductor design and software development.

Ambarella's profitability has been climbing steadily higher since 2014 thanks to a string of successful system-on-a-chip solutions that delivered innovations such as lower power consumption and increased video compression efficiency. However, semiconductor prices tend to decrease over time and so the company must continuously raise the bar on its products (to boost average selling prices) while keeping a close eye on its own costs. 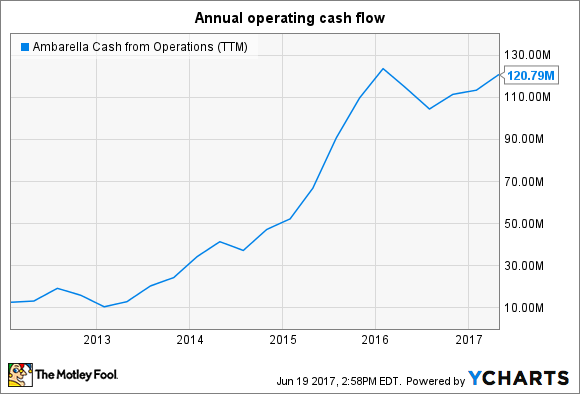 Ambarella has a solid track record of generating cash and profits from its operations. The company has produced positive operating cash in each of the last eight fiscal years, in fact. It hasn't booked a net loss, meanwhile, since the first quarter of 2010.

This financial success has helped protect the company from needing to take on extra debt. As of the end of 2017, it held less than $60 million of liabilities, compared to over $400 million in cash and marketable securities. 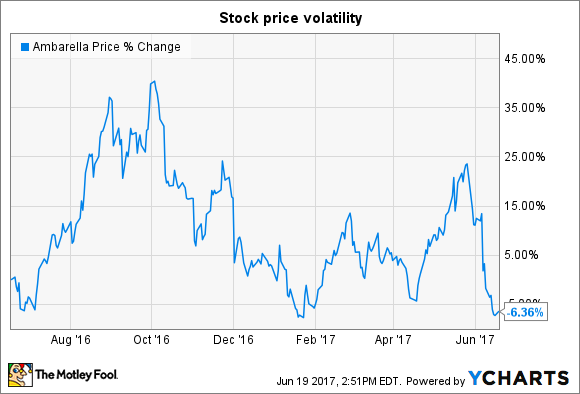 Ambarella shareholders shouldn't be shocked to see extreme share-price volatility. Just in the past year, the stock has ranged from as much as a 43% increase to its current slight decline.

Wall Street is a bit more pessimistic about the stock today because the management team in early June projected a soft sales quarter ahead. Yes, quarterly swings shouldn't worry long-term shareholders. However, it's still important to understand that Ambarella's business, and its stock price, will fluctuate based on the level of success the company has in breaking into markets like autonomous-vehicle tech and drones.

These are extremely young niches with their own risks and technology demands, and so the range of possibilities for Ambarella's growth trend in the years ahead is extremely wide. Given that basic uncertainty, the stock will likely swing wildly as investors adjust their forecasts.