Amazon.com (NASDAQ:AMZN) is investing heavily in video content for Prime, doubling its content budget in the second half of last year and tripling its original productions. But a smaller part of Prime Video, one that costs Amazon practically nothing and generates tens of millions in extra revenue, could prove extremely valuable beyond a simple profits booster.

About a year ago, Amazon introduced Channels. The service allows Prime members to add over 100 different live and on-demand channels, including Time Warner's (NYSE:TWX) HBO, CBS's (NASDAQ:VIAC) Showtime, and Starz to their Prime subscriptions. In fact, Amazon is responsible for around half of HBO and Showtime over-the-top subscribers and 75% of Starz subscribers, according to BTIG analyst Rich Greenfield.

For Amazon, those Channel subscribers present a rich data source for it to pull from for its own original content and Channel ideas. 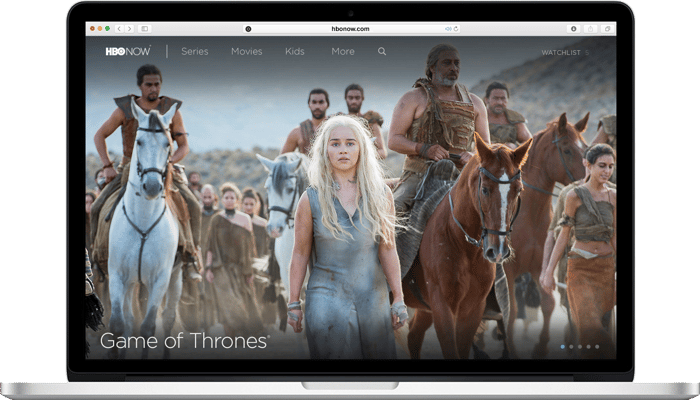 Amazon is responsible for half of HBO Now signups. Image source: HBO.

Amazon Prime Video viewership is still well below Netflix's, as indicated by Sandvine's bandwidth report. Netflix accounted for more than 8 times the downstream data usage in homes as Amazon Video in 2016. That means Amazon doesn't have as much viewer data as Netflix.

But as Amazon brings on more HBO, Showtime, and Starz viewers, it can more quickly learn what kinds of premium originals its subscribers want. It can also make better guesses at how valuable certain shows would be to the premium cable networks and outbid them for new series where it makes strategic sense. And keep in mind that Amazon can afford to spend a lot more on valuable originals because it's not looking to make a direct profit on video. In fact, Prime Video is a huge loss leader for Amazon.

Creating new hit originals will be key for Amazon just as it is for Netflix. Amazon expanded Prime Video globally late last year, and it can more easily obtain global rights to its original productions. Obtaining global licenses for content from other networks is often difficult, as evidenced by the disparity in content in Netflix's and Amazon's relatively younger markets compared with older markets, such as the United States.

The channels strategy is already working

There's evidence that Amazon Channels is already very popular with customers. Not only does it have around 1 million subscribers for HBO, Showtime, and Starz, but its channel selection has steadily grown as well. It started with around 40 channels and now has over 100.

Most recently, Amazon expanded Channels to the U.K., Germany, and Austria. While it doesn't include HBO, Showtime, and Starz in those countries, it will offer around 50 channels. That's another sign that demand is strong and Amazon is extracting good value from the service.

What's more, Amazon is investing in its own original channels. Its first two channels are Anime Strike, specializing in anime, and Heera, a Bollywood film and series channel. These channels consist of licensed content, but since they're more niche focused, Amazon is able to generate relatively high margin on subscriptions. Again, Amazon's Channel data can help inform decisions about which niches Amazon ought to pursue.

It's hard to say Prime Video will ever displace Netflix as the de facto leader in subscription video on demand. Still, it's been closing the gap recently with its critically acclaimed original series and films. Although Channels is just a small part of Prime Video, the data Amazon can cull from its subscribers can pay off for the 80 million-plus regular Prime subscribers with better originals and more Channel options.

Amazon management has previously stated that Video is the best onboarding tool it has for Prime. It found that consumers who watch video on their free trial are more likely to become members, and members who watch video are more likely to renew. And considering CEO Jeff Bezos seems intent on getting everyone in the world to subscribe to Prime, that means it needs to find a whole lot of new original content ideas.