The stress tests are no longer stressful. That's the lesson investors can take away from the Federal Reserve's announcement on Thursday that all 34 of the banks that took the test this year, passed it.

The first round of the stress tests, known as the Dodd-Frank Act stress test, or DFAST, are purely quantitative in nature. The purpose is to assess whether banks have enough capital to survive and continue lending through a sharp economic downturn akin to the financial crisis.

The Fed determines this by making a number of assumptions about the economy and financial system, then estimating what would happen to the nation's biggest banks under those assumptions. In this year's test, for instance, the central bank assumed that the unemployment rate more than doubles to 10%, gross domestic product falls more than 6%, and real estate prices drop by between a quarter and a third, depending on whether it's a personal residence or commercial property.

A bank either does or does not have enough capital to make it through this. The key threshold is a common equity tier 1 capital ratio, or CET1 ratio, of 4.5%. There's no reason to get bogged down in the details of this metric, other than to say that it reflects how much high-quality, highly liquid capital a bank has on its balance sheet as a percent of the bank's assets -- or more precisely, a risk-adjusted measure of a bank's assets.

This is a low hurdle for banks by now, as most of them have spent the past eight years accumulating record amounts of capital. Going into the stress tests, JPMorgan Chase (NYSE:JPM) had $183 billion in CET1 capital, giving it a CET1 ratio of 12.5%. Bank of America (NYSE:BAC) wasn't far behind, with $169 billion in high-quality capital and a CET1 ratio of 12.1%. And Citigroup (NYSE:C) had a CET1 ratio of 14.9% -- though given its smaller asset base, that equated to $170 billion worth of capital.

The Fed's gauntlet took a toll on these banks, as well as the 31 other large banks that were required to take the test this year. For their parts, JPMorgan Chase, Bank of America, and Citigroup were projected to suffer between $20 billion and $42 billion in losses and non-cash writedowns over the test's nine-quarter time horizon.

Yet even factoring these in -- and I'm just using these banks as representative examples -- all three emerged with more-than-enough capital to survive and continue lending. Citigroup and Bank of America came out with $78 billion in high-quality capital over the 4.5% regulatory minimum. JPMorgan Chase exceeded the same mark by $97 billion.

Even more impressive are the banks that were projected by the Fed to earn a profit despite the acute economic scenario. U.S. Bancorp (NYSE:USB) serves as a case in point. Despite a double-digit unemployment rate and interest rates approaching zero, which compress a bank's lending margins, the bank was still projected to earn $1.3 billion before taxes through the hypothetical crisis. Eight other banks performed in a similar fashion. 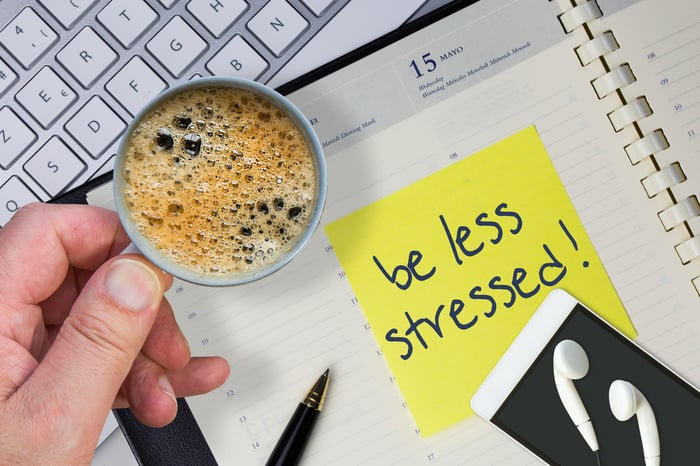 What's most interesting from this year's test, in turn, isn't that the banks passed it, but rather how much better many of them performed this year compared to 2016. Bank of America was projected to incur $59 billion worth of loan-loss provisions in last year's test, as well as $20 billion in trading and counterparty losses. In this year's test, those figures fell to $48 billion and $16 billion, respectively. While not all banks went in this direction, Bank of America's performance is generally representative of the group.

Next up is CCAR

The big question now revolves around how these same banks will perform on the second round of the stress tests -- the comprehensive capital analysis and review, or CCAR. These results are due out on Wednesday of next week.

The CCAR is a slightly different beast than the DFAST. It takes the results from the first round and then factors in requested increases to a bank's dividend and share-repurchase authorization. So long as a bank still has enough capital to survive the downturn after doing so, its requests will generally be approved by the Fed. The catch is that, with respect to the nation's 13 biggest and most complex banks, they must also convince regulators that their capital-planning processes are sufficiently sophisticated and robust. This is a qualitative analysis, and it's what has most frequently tripped up banks in the past.

That said, most, if not all, of these banks are likely to get the go-ahead next week to boost their dividends and accelerate their pace of stock buybacks. Bank of America and Citigroup are expected to see the biggest boosts among large banks, thanks to the fact that they've raised their dividends fewer times since the crisis compared to the likes of Wells Fargo, JPMorgan Chase, and U.S. Bancorp, all of which have done so annually.

In short, with each passing year, banks get more comfortable with the annual stress tests. And with the deregulatory fervor that's gripping Washington, D.C. right now, the process is likely to get even less stressful.