Comcast (NASDAQ:CMCSA) stock has provided big returns for long-term shareholders. The company has transformed itself several times and has become a stalwart in the cable industry. Here's a look at the history of the company, its stock, and what might be in store next.

Comcast stock and how it got here

When Comcast became a public company in 1972, it was a small cable TV provider with a few thousand subscribers. A $1,000 investment made in the summer of 1972 is worth more than $2.4 million today, more than a 245,000% return with dividends reinvested. 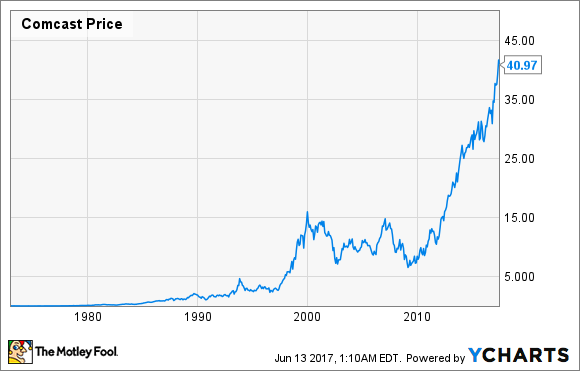 Comcast is now the world's largest media conglomerate by revenue, combining Comcast's TV, internet, and phone businesses with NBC Universal's entertainment production, news, and theme-park businesses. Here's a look at some of the big moments in the company's history.

What Comcast is planning next

Cable, once a high-growth industry that helped Americans bundle TV, phone, and internet service, has run its course. Consumers are increasingly relying on 4G mobile packages to provide them with their communication and entertainment needs.

Comcast thus recently announced a partnership with Charter Communications to begin offering mobile service. Verizon will provide the 4G network, but Comcast's value proposition is to allow subscribers to also make use of its 16 million nationwide hot spots for data. The service is being offered at a discount for current customers, adding another option to Comcast's bundled packages. 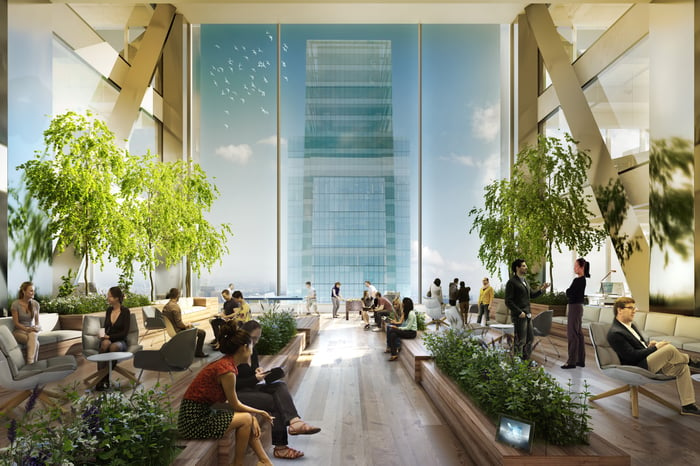 It remains to be seen if this is the next big thing that could propel Comcast stock even higher, especially after the strong returns since 2009. That said, Comcast still looks like a solid pick for the long-term investor. The company has amassed a track record of steadily increasing revenue and profit, proving itself resilient even during the worst of the financial crisis. 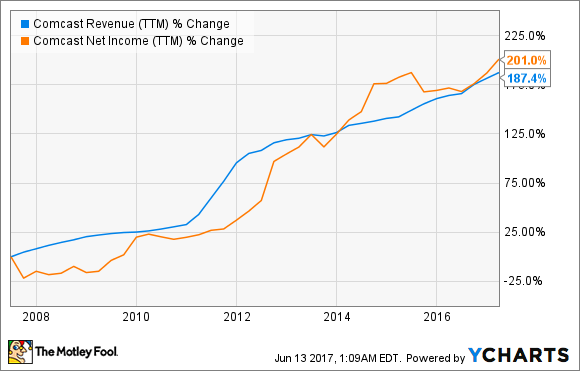 Comcast's dividend certainly isn't a high yielder at about 1.5%, but the dividend's short history is one of expansion. Share prices tend to follow dividends higher, so if that trend continues, it bodes well for shareholders.

Now a heavyweight with a market cap of $194 billion, Comcast probably has its highest growth days behind it. Don't write the cable giant off, though. Its well-diversified business, spanning technology and entertainment, could still provide growth in investors' portfolios.