Marijuana stocks have soared as state after state in the U.S. has legalized marijuana for medical or recreational use. The market potential is huge, with some estimating that the marijuana industry in the U.S. could generate sales of more than $18 billion by 2020.

But focusing only on the U.S. is nearsighted -- literally. There are significant opportunities for investors looking to profit from the expanding marijuana industry in other countries. Here are several important areas across the world with growing marijuana markets along with some of the marijuana stocks that could benefit from that growth. 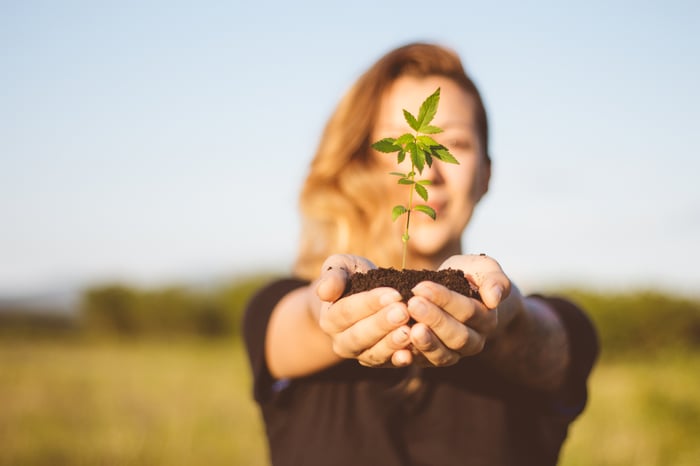 The bigger story for Canada is the prospect of legalization of recreational marijuana. Prime Minister Justin Trudeau is pushing for legislation that would legalize the drug for recreational use effective July 2018. However, there has been significant pushback that could derail the effort. If Trudeau succeeds, though, the Canadian marijuana market could increase to as much as $22.6 billion annually, according to research by international accounting and professional services firm Deloitte.

Mexico became the second North American country to legalize medical marijuana nationwide in June 2017. Legislation supporting legalization passed overwhelmingly in the Mexican congress. Recreational use of marijuana is still widely prohibited, although the government is considering the possibility of allowing Mexican citizens to legally possess up to one ounce of the drug.

How big could the Mexican marijuana industry be? It's not likely to be nearly as large as either the U.S. or Canadian markets. However, Stuart Titus, CEO of Medical Marijuana, Inc. (OTC:MJNA), thinks that Mexico could be an opportunity for cumulative revenue for his company alone over the next 10 years of $1 billion to $2 billion.

In 2013, Uruguay became the first country in the world to fully legalize the sale and use of marijuana. As of July 2017, pharmacies in the South American nation will be allowed to sell marijuana over the counter.

Brazil, which has the largest population of any country in South America by far, hasn't legalized marijuana yet -- although possession of small amounts of the drug has been decriminalized. There are signs that support for marijuana legalization is growing in Brazil, however, including a public statement by one of the country's Supreme Court justices calling for legalization of marijuana.

The marijuana industry in South America remains relatively small at this point. Even in Uruguay, the industry has grown at a snail's pace largely due to lack of funding for government agencies that oversee the marijuana market. Over time, however, it seems likely that the South American opportunity will become more significant. 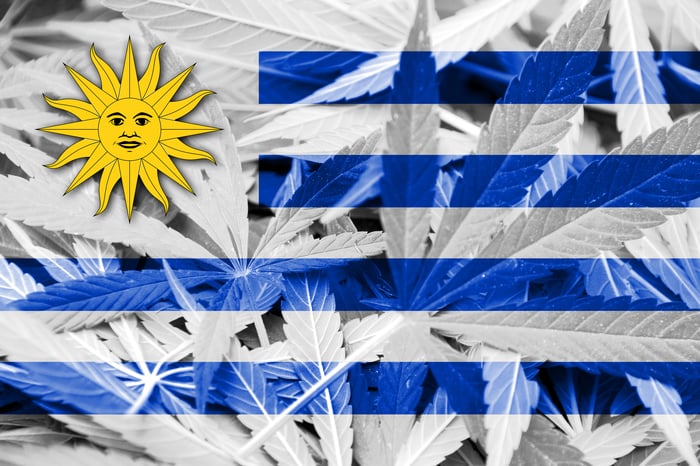 The Netherlands is the European nation with the least restrictive marijuana laws. Individuals can consume marijuana for medical or recreational purposes. The Dutch government also has a "toleration policy" that allows coffee shops to sell marijuana in small quantities.

Several other European nations also allow legal use of medical marijuana. Many of these have relatively small populations, however, including Croatia, Czech Republic, and Estonia.

Probably the greatest opportunity lies in Germany. Use of medical marijuana became legal in Germany effective March 2017. The country is establishing a state-regulated program to cultivate marijuana. In the meantime, marijuana will be imported. With a population of over 80 million, Germany's medical marijuana market could be substantial.

What stocks can investors buy to take advantage of marijuana industry opportunities across the world? There are several alternatives in Canada. Aphria (NASDAQOTH: APHQF), Aurora Cannabis (NYSE:ACB), and Canopy Growth Corporation (NASDAQ:CGC) stand out as some of the largest publicly traded marijuana providers in the country. All three of these stocks could move significantly higher if Canada legalizes recreational marijuana.

The Canadian marijuana growers could also benefit from German legalization of medical marijuana. Aphria appears to be the slowest to move on this opportunity. However, Aurora Cannabis recently announced a $75 million convertible bond offering that the company's CEO says Aurora will use to expand internationally. Canopy Growth acquired a distributor in November 2016 that puts it in great position to build a significant market in Germany.

Forget the U.S. Marijuana Market -- There Are Big Opportunities in the Rest of the World @themotleyfool #stocks $MJNA $CGC $ACB Next Article
Current