Wal-Mart Stores, Inc. (NYSE:WMT) and Amazon.com, Inc. (NASDAQ:AMZN) have been on a collision course for years, but this month offered the best confirmation yet that both companies were targeting the other's market.

Amazon shocked the business community with its $13.7 billion acquisition of Whole Foods Market, Inc. (NASDAQ:WFM) weeks ago. It's the clearest sign yet that the e-commerce giant has made groceries its biggest priority, setting it up for a direct clash with Wal-Mart, the nation's largest grocery seller. 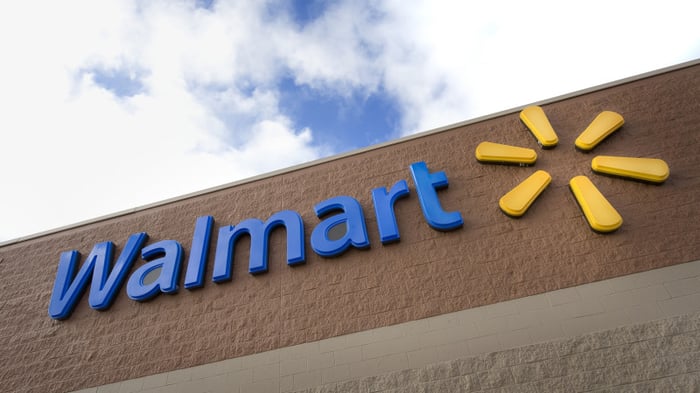 Wal-Mart has been fortifying its own e-commerce operations over the past year, but recent reports indicate that the retail giant is taking a new tack against Amazon. According to The Wall Street Journal, the retailer has been telling its tech vendors to get off Amazon's cloud-computing service, Amazon's Web Services.

Wal-Mart is specifically directing those suppliers to not run any applications for Wal-Mart on AWS. Scott Webb, president of Avionos, a digital consulting firm, said that Wal-Mart rationalizes the move as a legitimate concern for privacy since it doesn't want Amazon to have access data. But the decision also serves to take away business from Amazon, the market leader in cloud computing, and prop up No. 2 player Microsoft (NASDAQ:MSFT), which has its own cloud service, Azure. Azure is the preferred choice for Wal-Mart and is what it wants its tech suppliers to use.

There's a reason beyond privacy that Wal-Mart would seek to take business away from AWS. Amazon derives the vast majority of its profits from its cloud-computing division despite the fact that it contributes far less in revenue than its retail operations. In its first quarter, AWS made up 89% of total operating income, and at $890 million, profits nearly 50% higher than its North American e-commerce operating profit -- International e-commerce still operates at a loss.

That means that the best way for Wal-Mart to slow down Amazon and damage its ability to do things like buy Whole Foods may be to put a dent in AWS.

Amazon denies that AWS supports its retail business, but the cloud-computing division's growth has driven the stock to more than triple since 2014, and Amazon is AWS's biggest customer. The two divisions are inextricably linked. It's hard to see the breakeven Amazon of old being able to justify an acquisition the size of Whole Foods. With billions of annual profits now thanks to AWS, the deal got cheers from investors.

This is far from the first time Wal-Mart has leaned on its suppliers. Webb noted that Wal-Mart was elemental in pushing its suppliers to adopt technologies like inventory management systems in the 1990's. The retailer is also known to push suppliers to lower prices by cutting back on marketing, changing its packaging, or making other changes in line with Wal-Mart's goals. As the world's biggest retailer, it has a lot of sway as a customer.

Wal-Mart is not alone in making such a request. According to the Journal's article, other large retailers have asked their vendors to find alternatives to AWS, though some of Amazon's competitors, like Gamestop, use AWS. Netflix, a key Amazon rival, in streaming video also uses Amazon to host its close needs.

Webb thinks the only chance Wal-Mart has to slow down Amazon's growth is if other retailers follow suit. But even so, knocking AWS off its pedestal won't be easy. It has 44% share of the infrastructure cloud market and is growing fast with 43% growth in its most recent quarter.

He also thinks Wal-Mart could soon cut a deal with Microsoft or Alphabet to host its cloud service as it mostly uses its own services right now.

Whatever the outcome, Amazon's cloud service is likely to serve as a source of growing competitive advantage as its on track for around $4 billion in operating profit this year. It's a smart strategic move by Wal-Mart to try to slow it down, but it's unlikely to be enough.