Shares of furniture company Herman Miller, Inc. (NASDAQ:MLHR) jumped as much as 14.3% in early trading Thursday after reporting fiscal fourth-quarter results. At 11:05 a.m. EDT shares were holding at a 9.2% gain for the day.

On the surface, results weren't as strong as the stock's move might indicate. Revenue was down 0.9% to $577.2 million and new orders dropped 6.3% from a year ago to $568.1 million. Management said a price increase that went into effect during the quarter pushed sales into the fiscal third quarter. 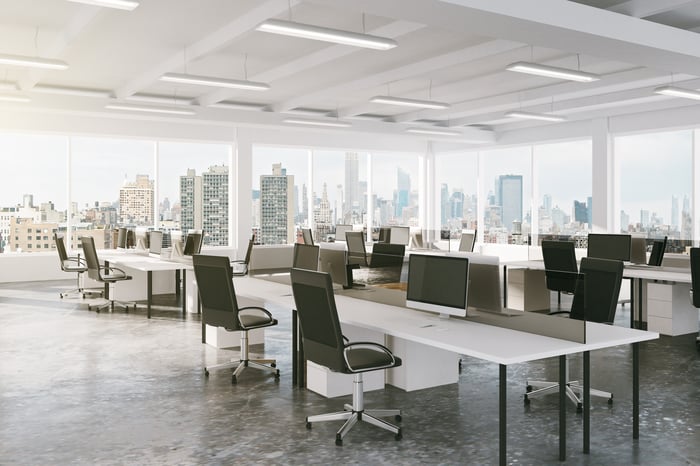 Expectations for Herman Miller had come down early in 2017, partly because of uncertainty surrounding price increases. But a quarter that topped expectations helped and guidance of organic growth of 5% in the first fiscal quarter of 2018 gave investors reason to push the stock higher. With shares trading at just 15.5 times trailing earnings, this is a stock that has a lot of upside potential if the company can return to steady growth in 2018.