Investors like comparing stocks on a sector-wide basis, but sometimes it's hard to know which sector a stock belongs in. In the case of Danaher Corporation (NYSE:DHR), the company was previously categorized as an industrial company with a heavy medical focus, but following the separation of Fortive Corp (NYSE:FTV) it's more accurate to think of it as a medical technology-focused company with some industrial exposure. Ultimately, I think that means the stock deserves a positive rerating. Here's why. 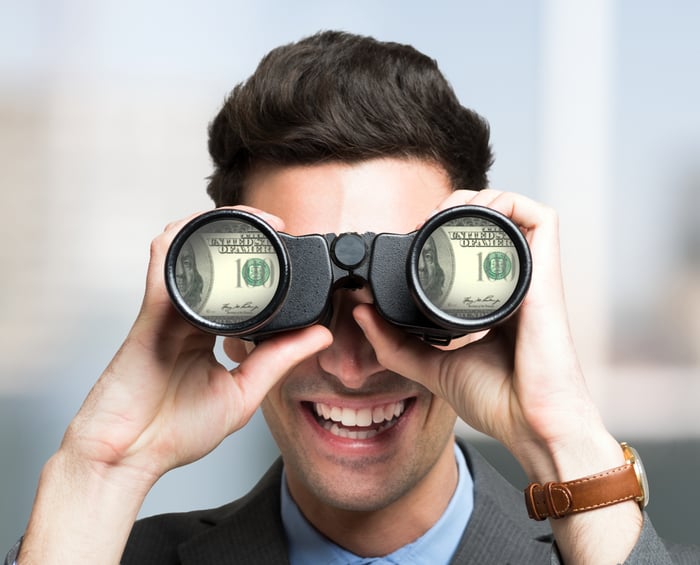 The separation of Fortive removed the professional instrumentation and industrial technologies businesses and left Danaher as a medically focused company. Fortive is a highly investable company in its own right, offering investors exposure to the cyclicality of the industrial sector -- the peer group that Danaher was traditionally compared to.

However, as you can see below, the new Danaher's end market mix is now primarily focused on relatively non-cyclical end markets, such as life sciences, diagnostics, dental and environmental products. 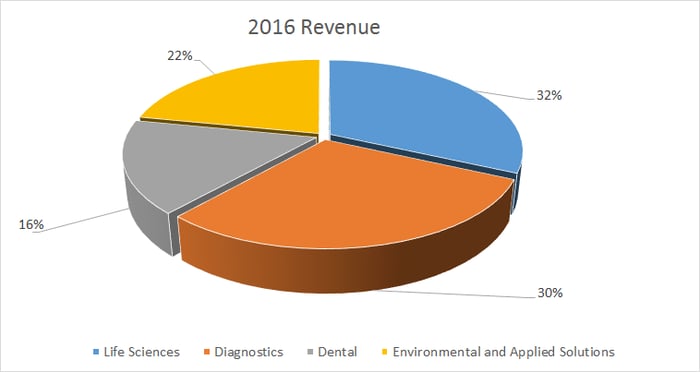 In this case, if you start thinking about Danaher as a life sciences and diagnostics technology company, then the stock starts to look relatively cheap compared to its peers across a raft of metrics, although it's expensive when compared to the industrial sector. 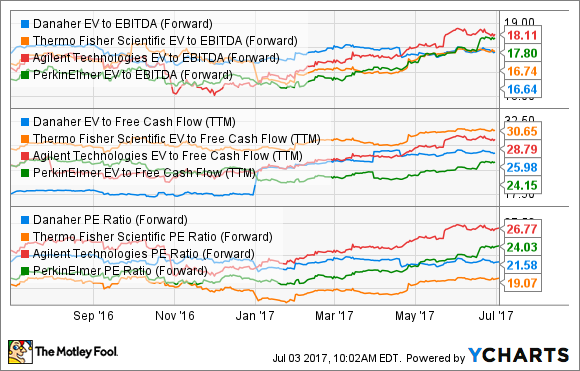 One of the reasons why the life sciences & diagnostics sector is seen as deserving a higher rating is its less cyclical nature. This is confirmed when looking at changes in revenue between 2008-2009 for Danaher's segments at the time. In the following chart, I've grouped together Danaher's revenue in the three segments most closely aligned with the current Danaher and separated them from the industrial business which are, for the most part, within Fortive now. 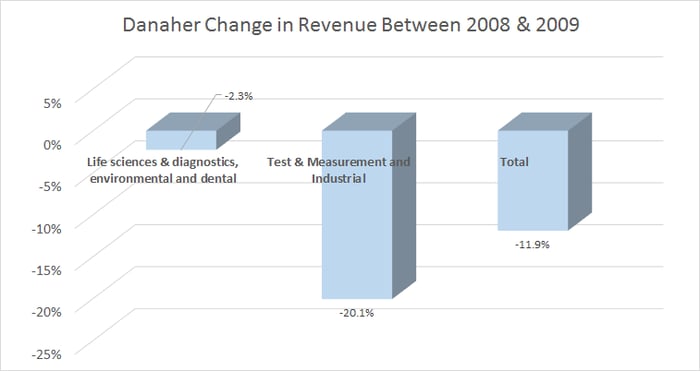 All told, the new Danaher's revenue is a lot less exposed to the economic cycle than the old Danaher was, which goes even further to suggest the stock deserves a positive rerating.

Consumables will help too

In addition to its end markets being less cyclical, the nature of Danaher's revenue is as well. For example, on the company's investor and analyst meeting in December, management outlined that 65% of its total revenue now came from consumables.

This is good for three key reasons:

As outlined above, the high percentage of consumables sales in Danaher's revenue tends to mean the company generates a lot of free-cash flow (FCF) from net income. The chart below shows FCF to net income during the last four years -- and the average is an impressive 125%. 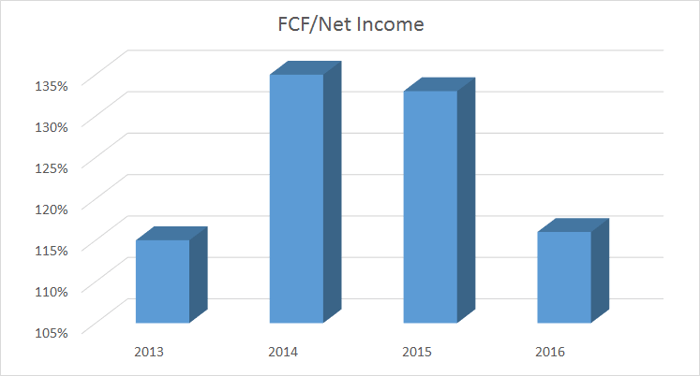 All told, Danaher isn't really an industrial company anymore. Based on the relative valuations show above, and the change in nature of its earnings and FCF generation, I would argue that it deserves a rerating in-line with its life sciences and diagnostics peers.