Let's take a closer look at the company's results to get a better sense of how it fared during the period. 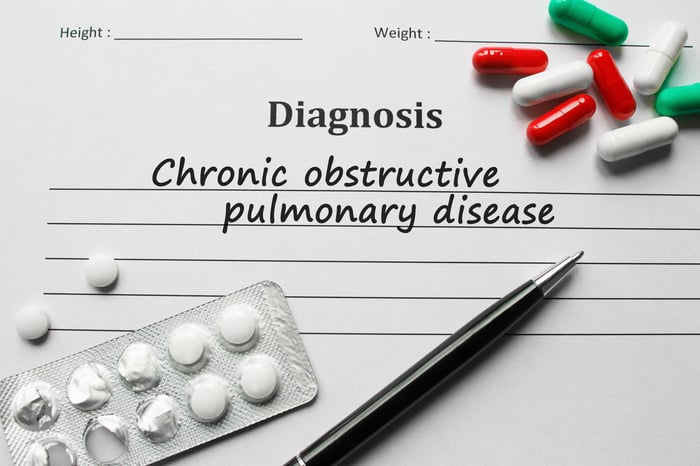 On the product front, Resmed launched a new full-face mask called the AirTouch UltraSoft during the quarter. The mask features a memory-foam cushion and is designed to addresses the primary reason patients stop using a CPAP machine: discomfort.

Management also noted that it is seeing "excellent initial demand" for its new AirMini pump, which is the smallest CPAP solution on the market.

We finished the year with solid constant currency revenue growth, fueled by sales of our devices, masks, and software-as-a-service revenue from Brightree. During the quarter, we made two acquisitions to augment our Brightree solutions, we presented and published results from clinical studies in sleep and COPD, and we launched two new products: AirTouch -- the softest CPAP mask from ResMed; and AirMini -- the world's smallest CPAP.

He also stated that the announced dividend increase reflects the board's confidence in the company's ability to meet its long-term business objectives.

Despite posting better-than-expected results, ResMed's shares fell by more than 6% on the trading day following the earnings release. While the source of the decline isn't entirely clear, it is possible that investors were spooked by ResMed's spending plans in the upcoming fiscal year. On the plus side, management stated that it expects spending growth on selling, general, and administrative expenses to moderate over the course of the year. The figure currently stands at 27% of revenue and is expected to drop to 26% by the end of the fiscal year. However, those gains might not trickle down to the bottom line, because the company plans on ramping up research-and-development spending, from 6.6% of revenue today to 7% to 8% for fiscal 2018.

Regardless of the short-term hit to the share price, Farrell let investors know that the company remains squarely focused on delivering for all its stakeholders over the short and long term:

We are well positioned for fiscal year 2018, and we continue to work on a pipeline of new products and connected care solutions for sleep apnea, COPD, neuromuscular disease, and other clinical adjacencies. We are positioning the company for long-term growth for 2020 and well beyond as we refine our operating model, better enabling customer insights to power our product and service solutions team's developments and then drive even better sales execution. We continue to bring our strategy into action for the benefits of physicians, providers, [and] payers and, most importantly, to improve the lives of tens of millions of sleep apnea and COPD patients around the world.