Investing in retirement can be very different than investing early in life. Priorities may transition from growth to cash flow, and investors may want to avoid some high-risk industries altogether, putting a premium on preserving capital. We asked three of our investors for their top stock picks for retirement, and GameStop Corp. (NYSE:GME), SYSCO Corporation (NYSE:SYY), and NextEra Energy Partners LP (NYSE:NEP) made the list for some surprising reasons. 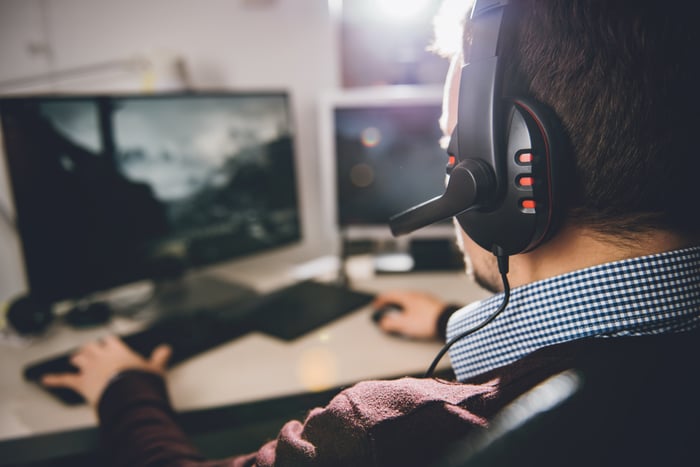 GameStop could be game on for dividend investors

Rich Smith: (GameStop): I'm going to offer up an unlikely pick today: GameStop. I admit it's an unusual pick to suggest for retirees. Most folks retiring today probably got their first exposure to video gaming when they bought an Atari console for their kids back in the late '70s. They won't be too familiar with the current retail gaming scene, or with GameStop, the world's biggest retailer of video games.

As a stock -- a stock that's supposed to "go up," at least -- GameStop has been pretty much a dud. It's been a good two years now since the company stock went in any direction other than down.

And yet, as a dividend stock for retirement, GameStop fits the bill quite nicely. For one thing, all those stock-price declines -- with no cuts in the dividend -- have left GameStop paying a pretty impressive dividend yield of 7.1%. And while GameStop may not be earning as much as it used to, its profits remain more than adequate to sustain the dividend.

Over the past year, for example, GameStop has earned nearly $350 million. It takes less than 45% of those profits to pay the company's dividend. In theory at least, GameStop is even capable of raising its dividend over time -- as it did just last quarter.

Moreover, GameStop may have turned a corner last quarter when its revenue began growing again. Analysts expect profit growth to follow soon, and predict GameStop will average nearly 8% annual profit growth over the next five years, helping to keep the dividend intact. I think that makes GameStop a good pick for anyone looking for dividend stocks to buy in retirement.

Feed your need for solid growth and income

A current dividend yield of 2.5% is above the market average, but more importantly, Sysco has put together a track record of 47 straight years of annual dividend increases. The food-distribution giant's most recent payout hike of 6% came early this year, and with a payout ratio of 70%, Sysco has demonstrated its commitment to returning a healthy, yet not dangerously high, proportion of its earnings to its shareholders in the form of dividends.

From a business standpoint, Sysco has faced its share of challenges. The biggest concern that many investors have is that Sysco will have to deal with competition from the online retail world, with the idea that e-commerce retailers that already have extensive business-to-business relationships with major companies in the restaurant and food-preparation areas might use their existing relationships to create food-distribution networks of their own. With Sysco having failed to merge with rival U.S. Foods (NYSE:USFD), a greater emphasis on in-house private brands to stand up to potential competition from outside the traditional food distribution space will be important in ensuring that Sysco can endure well into the future, and give shareholders in retirement the benefit of its stable, sustainable growth.

As a yieldco, NextEra Energy Partners owns renewable-energy projects that have contracts to sell energy to utilities for 20 years, or more. These projects are like owning a bond, but at the end of the contract, the company will still own the project and its location connected to the grid.

To grow, NextEra Energy Partners can issue shares and new debt to fund project acquisitions, and if those projects provide higher return on investment than the shares and debt issued, they'll be additive to the dividend. The company hopes to grow its dividend 15% annually for the foreseeable future using this strategy. With a major utility like NextEra Energy (NYSE:NEE) behind it, there'll be plenty of acquisition options as long as the dividend doesn't get too high.

A dividend yield of 3.8% isn't the best you can find on the market, but the low dividend yield is actually a strength because it allows for projects to be acquired, and add to the dividend long term. And if the dividend grows 15% annually, it won't take long before the yield on shares you buy today will be upper single digits or more.

I love consistent dividend payers. In the yieldco space, NextEra Energy Partners is one of the top picks on the market.