According to S&P Global Market Intelligence, shares of Spirit Airlines (NYSE:SAVE) dropped about 25% last month. The was the result, in part, of what investors interpreted as a lackluster second-quarter earnings report, and it extended the rocky ride that investors have suffered through the first half of the year -- a period during which shares have fallen nearly 10%.

Beating analysts' earnings estimates of $1.11 per share, Spirit Airlines reported diluted EPS of $1.14, excluding special items. In terms of revenue, though, the company -- reporting $701.7 million on its top line -- narrowly missed analysts' estimates of $702.1 million. But this was hardly the only cause for why the stock fell in July. 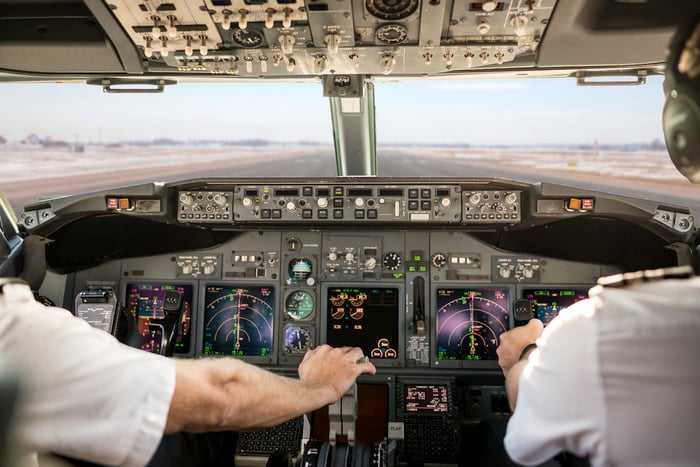 Another point of concern were the contentious ongoing labor negotiations with the company's pilots. In fact, labor negotiations had become so adversarial that management reported in the Q2 earnings report that it obtained a temporary restraining order to enjoin further illegal labor action in May. This labor dispute had a tangible effect on performance as management reported that it had more than 850 pilot-related flight cancellations in the second quarter. According to the company's estimates, the cancellations adversely affected results by approximately $45 million.

Investors weren't alone in throttling their bearish outlooks last month; Wall Street also assumed a pessimistic stance on the stock. After releasing its earnings report, the company suffered three downgrades on its stocks from three organizations: Imperial Capital, Buckingham Research, and Bank of America Merrill Lynch. In addition, Imperial Capital slashed its price target on the stock. Having previously set a price target of $75 in May, analysts at the investment bank now have a price target of $45 per share.

Long-term investors recognize that the tense labor negotiations between management and its pilots will eventually be resolved, but the negative effects of the dispute are still expected to be felt next quarter. The company estimates that total revenue per available seat mile (TRASM) will decline 2% to 4% year over year in the third quarter. According to management, this is largely due to the effects of the pilot-related cancellations in the second quarter, for this was when customers were booking summer vacations for July and August.

Moving forward, investors should verify that the adverse effects of the cancellations on the company's TRASM in Q3 fall within management's forecast. Additionally, they should monitor the labor situation to be sure that it is eventually resolved. Also, investors should confirm that the lingering effects of the pilot-related cancellations are not evident in the fourth-quarter earnings.