These stocks helped drag the market lower. Find out why.

Investors saw the end of a historic bullish streak for stocks on Tuesday, as the Dow Jones Industrials failed in their bid for a 10th straight day of record-setting gains. Instead, major benchmarks were down modestly, finally giving up some ground even though the day was relatively quiet on the news front. Absent market-moving events, investors focused on the tug of war between the ongoing bull market and those who believe that stocks are long overdue for a correction. Disappointing news for certain individual companies weighed on sentiment overall, and Avis Budget Group (CAR 6.34%), Depomed (ASRT 1.76%), and Tenet Healthcare (THC 4.01%) were among the worst performers on the day. Below, we'll look more closely at these stocks to tell you why they did so poorly.

Shares of Avis Budget Group fell 10% after the company reported disappointing second-quarter financial results. The rental car specialist said that revenue was flat from the year-earlier period, leading to weaker adjusted earnings than the most investors had expected. Avis said it suffered again from a soft used-car price environment, and it is working even harder to identify ways to cut costs. Nevertheless, a reduction in full-year earnings guidance from Avis weighed on investor sentiment, and until the company can demonstrate a viable path toward a turnaround, the stock could remain under pressure. 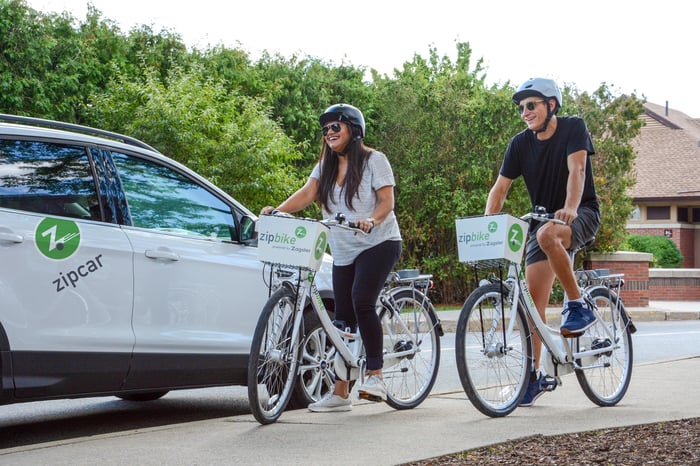 Depomed stock plunged by a third in the wake of the company's financial report for the second quarter. The pain and neurology treatment specialist reported 14% weaker revenue and a much wider loss than it did in the previous year's quarter, and adjusted earnings amounted to just $5 million. Worse, Depomed slashed its forecast for the full 2017 year, predicting $10 million to $15 million less revenue and cutting its adjusted pre-tax operating profit projections by about 10%. The company blamed greater possible regulatory oversight over opioid markets as well as associated legal expenses for the shortfall, but investors didn't seem to agree that a boost in the sales force for neurology products was the best move for Depomed going forward.

Finally, shares of Tenet Healthcare dropped 14.5%. The hospital operator reported poorer financial results than most had expected for its second quarter, which included a 1% decline in net operating revenue and a wider loss than it posted in the year-earlier period. Tenet also reduced its outlook for the full 2017 year, citing a range of reasons including greater uncompensated healthcare expenses and weaker revenue expectations from patients. Given that healthcare reform efforts in Washington still haven't gone anywhere, investors in Tenet have to feel like they're still waiting for the other shoe to drop even after today's losses.