On Wednesday night, Eastman Kodak (NYSE:KODK) revealed results for the second quarter of fiscal year 2017. The report was far from picture-perfect, and management had to reduce its full-year guidance targets. Share prices plunged as much as 15.8% on the news in Thursday's trading session.

What went wrong? Let's find out. 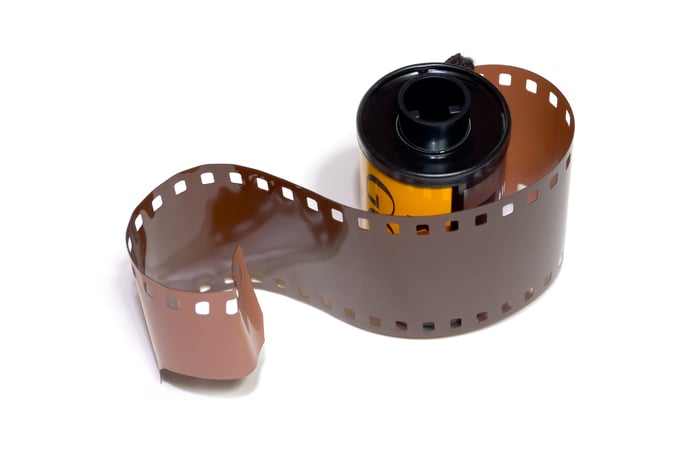 What happened with Eastman Kodak this quarter?

Based on the tough business trends seen in the second quarter, Kodak issued the following updates to last quarter's full-year guidance targets:

Eastman Kodak CEO Jeff Clarke is not giving up on the consumer division. That segment also accounts for commercial film products, the celluloid some filmmakers still insist on using in this increasingly digital age:

"Motion picture has a high profile, it's a product that's quite profitable for us, but it doesn't -- it's still only about 1/4 of the overall revenues in CFD. And so we're very pleased with the progress we're making, the pipeline of both motion picture film for a major motion picture, but also for television now," Clarke said in a conference call with analysts. "Last year, we really just had 2 television series, Westworld and The Walking Dead. Now we're up to 4 or 5. And so we're very pleased with some of the growth in that area."

It's a relatively low-revenue business, dwarfed by approximately $200 million in annual sales of films for printed circuit board production. But filmmakers and TV content producers are giving Kodak a taste of growing sales while the industrial business is shrinking.

Kodak is doing well in a handful of product lines, but the overall business is suffering. I think the company's management team is smart to slow down and eventually close underperforming operations, doubling down on the parts that actually work.

That being said, Kodak's share prices have been cut in half since the start of 2017 and dropped 65% lower in three years. The company is barely profitable and the only clear path toward strong cash flows would involve shedding most of Kodak's remaining business operations.

Kodak has come a long way since filing for bankruptcy in 2012, but the company also has a long way to go before I would call it a reasonable investment.