The Tile Shop's quarterly revenue rose 6.2% year over year, to $89.5 million, which translated to 15% growth in earnings per share, to $0.15. But analysts, on average, were expecting higher earnings of $0.16 per share on revenue of $93 million. 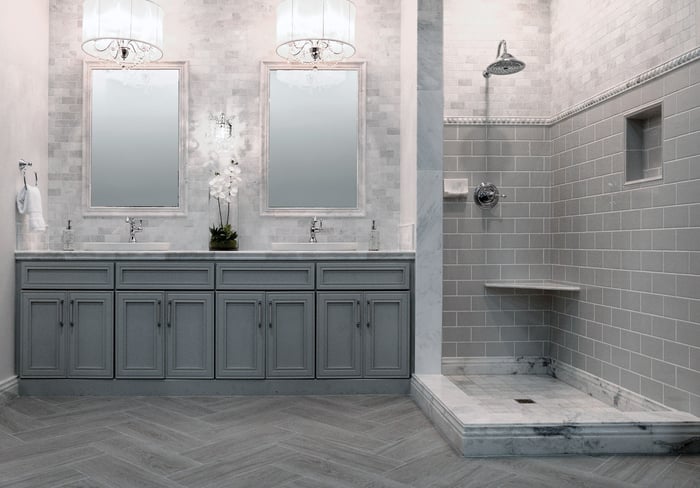 The Tile Shop also revealed that its same-store sales increased 0.5% year over year, as mid-single-digit gains in May and June were partially offset by same-store sales declines in the month of April. Management explained during the subsequent conference call that April's decline was partly the result of lower orders generated during the week of Easter, when the company was closed that Sunday versus a non-holiday weekend in the same year-ago period. Even so, they also admitted the relative outperformance in May and June wasn't enough to fully offset that weakness as the company had originally planned.

"Despite the topline shortfall," stated The Tile Shop CEO Chris Homeister, "we were pleased to deliver solid growth in earnings per share in the quarter, generate significant free cash flow to reduce debt to the lowest level in five years and continue to successfully open new stores[...]."

Looking forward, The Tile Shop reiterated its guidance for comparable-store sales growth for the full year to be in the low- to mid-single digits. But the company also reduced its outlook for 2017 adjusted earnings per share to be in the range of $0.49 to $0.56 compared to previous guidance for $0.50 to $0.57.

This reduction was due to a combination of The Tile Shop's underperformance in the second quarter, as well as plans for roughly $1 million in incremental sales, general, and administrative expenses "to work to identify and prioritize growth and expansion opportunities across a variety of areas."

In the end, that might well be exactly what The Tile Shop needs to position itself for long-term growth. But management's misjudgment with regard to the company's second-quarter performance certainly didn't bolster their rapport with investors. As such, it was no surprise to see shares falling last month.