Read on for five key takeaways from the company's second-quarter conference call and a more in-depth look at Weibo's earnings results -- with quotes courtesy of S&P Global Market Intelligence. 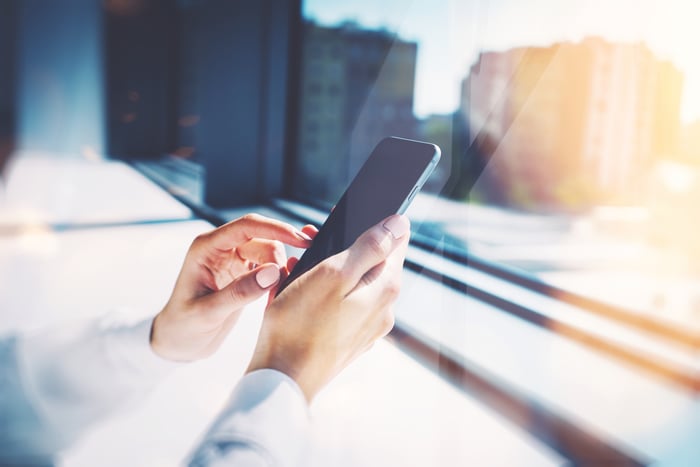 Weibo is winning on its key metrics

Weibo was able to add 21 million MAUs in its second quarter, reaching 361 million at the end of June, and delivered a 72% year-over-year sales increase while quarterly expenses were up just 38%. Here's Weibo CEO Gaofei Wang on user additions and ad sales momentum (all Gaofei Wang quotes were conveyed through a translator):

At the end of Q2, we can see the impact of our marketing campaigns to acquire new users bearing fruit. Due to the combined efforts of our sales team and ad-product optimization from our development team, as well as the continued increase in Weibo's influence, we saw the ad budgets from our customers continue to increase, both the number of ad customers and our ad revenue have grown meaningfully.

Ad sales to small-and-medium-sized enterprises increased 78% year over year, while sales to large-brand advertisers were up 81% year over year. The company said that it's seeing meaningful growth for the Weibo Stories feature, which debuted in April and lets users exchange photos and short videos that disappear after a 24-hour period, and expects strong overall user growth to continue -- especially in China's developing cities. Wang also stated that the company roughly doubled the number of users it was able to reactivate on its service in the second quarter compared to the prior-year period.

Weibo is benefiting from mobile partnerships

In its most recently reported quarter, 92% of Weibo's MAUs were on mobile devices, up from 89% in the prior-year period -- with the company adding an additional 79 million MAUs across the two periods. In the quote below, Wang gave some insight into the ways that Weibo sees partnerships with domestic mobile hardware-makers creating business momentum and making its service an invaluable part of the smartphone ecosystem:

Weibo has now formed partnerships with seven top Chinese television stations and five online video sites (including Youku, iQiyi, and Tencent Video) for the distribution of television content in the variety show and drama genres. Here's Wang on the evolution of the TV intellectual property (IP) landscape on Weibo:

Turning to TV network and online video site cooperation, Weibo's coverage of this audience and user acquisition through this channel is increasing. More and more TV variety shows, TV dramas, online series and sports programs are choosing Weibo as the preferred social platform to distribute their IP content and engage with their fans. Through our cooperation, TV networks and online video sites are gaining more traffic and monetization potential from Weibo's ecosystem...which gives great brand exposure and user growth.

Weibo's CEO added that viewership for variety shows on Weibo increased 381% year over year, while views for TV dramas increased 490%. Weibo is also partnered with the NBA and recorded 8.4 billion views for short videos over the last season and a view count of over 100 million for the last game of the NBA Finals.

The company plans to make television content a big part of its growth push and is working to expand its partnerships with content producers.

The company believes that analyzing the correlation between its relationship-based and interest-based feeds will play a key role in strengthening the Weibo social network. Investments in improving its video-recommendation system are already having a big impact, with views on recommended-video timelines increasing nearly four-fold year over year in the June-ended quarter. Weibo expects that its content-delivery algorithm will see significant improvements in the second half of the year.

The company is working on the streaming regulations

Between live streaming, prerecorded sharing, and television content, Weibo expects video to be a driving force of its growth. That meant that a June announcement from the Chinese government requiring Weibo to shut down its live video service had worrying implications for the company's outlook and pointed to the possibility of additional content clampdowns. Here's CFO Cheng-Chun Yu on the situation:

Turning to the June 22 Chinese government notice, on June 22, a notice was made public by the State Administration of Press, Publication, Radio, Film and Television, or SAPPFRT in short, that suspends several companies' video and audio program services due to their lacking internet, audio, video program transmission license and posting on their sites of certain commentary programs with content that the SAPPFRT believed to have violated government regulations, and Weibo is named as one of these companies. We have been working closely with the relevant government authorities to take corrective measures and have received a fine from the authorities on this matter.

Yu stated that the notice has, thus far, had a limited impact on the company's overall video business and that Weibo would continue to work with the SAPPFRT in order to ensure compliance and improve the operation of its audio-and-video-streaming business. He also said that the company was not currently able to apply for the license under the current legal guidelines, but would submit an application when legally permitted. News that the live streaming restriction isn't having a big impact on the company's video business is a positive indicator, but the situation remains a bit murky.