It's natural for investors to have a bias toward financial securities from their home country. However, the world is a big place, which means there are plenty of great investment opportunities out there if you're willing to look beyond your country's borders.

So which international stocks do we Fools think are worth checking out right now? We asked that question to a team of our investing experts, and they picked AstraZeneca (NASDAQ:AZN),  Orange (NYSE:ORAN), Anheuser-Busch InBev NV (NYSE:BUD). 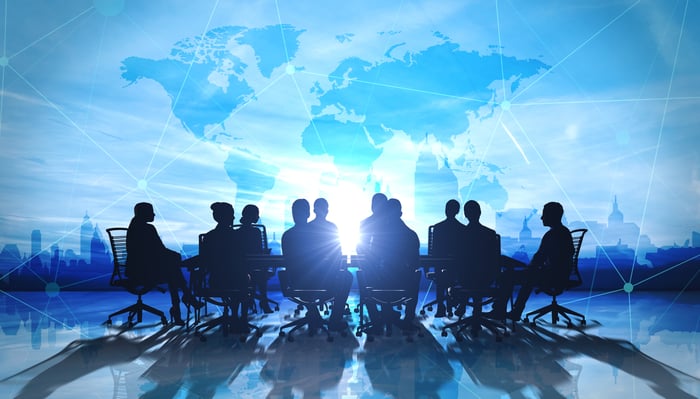 This British pharma may be nearing a bottom

George Budwell (AstraZeneca): With a 12-month trailing annualized dividend yield of a whopping 9.61%, the British pharma titan AstraZeneca may be worth checking out right now. The drugmaker's enormous yield is the byproduct of its falling share price that's currently close to its 52-week low, combined with management's decision to continue doling out a top-notch dividend, while it's also dealing with an onslaught of new competitive threats to key brands, such as the cholesterol drug Crestor. As an added pressure, CEO Pascal Soriot's pivot toward immuno-oncology took a massive hit last month, with the late-stage failure of its lung cancer cocktail consisting of Imfinzi and tremelimumab.

Despite these varied headwinds, though, Astra may, in fact, be a diamond in the rough. Imfinzi, after all, could still break into the high-value lung cancer space if it is indeed able to improve overall survival in the ongoing late-stage trial known as Mystic. (The initial miss was for the drug's primary endpoint of progression-free survival.) And Astra has had some notable successes in oncology of late. For example, the company has successfully built a respectable oncology portfolio that currently sports high-impact drugs such as Tagrisso for mutated epidermal growth factor receptor cancers, and Lynparza for advanced ovarian cancer. In other words, the market may be overreacting to this single, albeit significant, clinical setback with Imfinzi.

All told, Astra's shares might be undervalued relative to the company's longer-term growth prospects as a result of its emerging oncology portfolio. That being said, the company's rather generous dividend program also doesn't appear to be sustainable based on its hefty payout ratio of 91.8% and weak near-term growth prospects that's a direct result of Imfinzi's initial miss in lung cancer.

Sean Williams (Orange): If you're looking to do some virtual border-hopping in search of high-yield income stocks, my suggestion would be to get French telecom giant Orange on your radar.

A quick look at Orange's stock chart over the past 10 years would probably elicit some unfavorable groans. Shares of the telecom and content giant have fallen by more than 50% as lower-cost competition within France sapped its growth prospects in its home market, and economic issues throughout Europe, including Spain, walled off its growth prospects in what had been faster-growing markets. However, times are changing, and the Orange of today looks far better positioned to succeed than the Orange of five or 10 years ago.

Orange's strategy for success has taken an unorthodox route. Whereas most telecom companies are busy trying to undercut each other on price, Orange has focused on improving the speed and quality of its network. Management's belief has long been that consumers will pay a higher price for a premium service. Initially, this idea backfired, with low-cost competition in France weakening Orange's results. However, based on the company's fiscal 2017 first-half results, it's on track to deliver growth in its home market of France for the first time since 2009. Its focus on infrastructure hasn't cheapened its brand, which should also help with keeping its churn rates low.

Lastly, net debt to adjusted earnings before interest, taxes, depreciation, and amortization remains reasonable at 1.93-to-1, allowing Orange to pay out what currently amounts to a 4% annual yield. While its payout will vary based on its operating results, Orange has consistently paid out double or triple the yield of the S&P 500 for years, making it a potentially attractive income target for high-yield investors.

Brian Feroldi (Anheuser-Busch InBev NV): If you aren't a business news junkie, you might be shocked to learn that Anheuser-Busch -- the maker of iconic beer brands including Budweiser, Rolling Rock, Michelob, and Busch -- is no longer a U.S. company. In fact, Belgian brewer InBev acquired this famous American brand in 2008 for $52 billion. The story got even crazier last, year when AB InBev swallowed whole the world's No. 2 beer maker, SABMiller, for more than $100 billion.

The end result of these megamerger deals is that AB InBev now has a 27% share of the global beer market. Furthermore, while the company still holds a dominant market position in the U.S., only about 20% of the company's total volume is sold in North America. That fact makes AB-InBev a truly international company.

Looking ahead, AB InBev's growth plans call for it to continue to increase its presence in international markets and to realize the synergies of its massive acquisition. With so many top-selling brands under its wing, AB InBev looks well positioned to retain its near-monopoly status.

As for the dividend, AB InBev currently pays out $3.90 per share annually. At current prices, that represents a dividend yield of about 3.4%. While the company's current payout ratio of 127% should give you pause, it is important to remember that earnings are artificially depressed right now, since the company is still digesting its SABMiller acquisition. Wall Street predicts that EPS will eclipse $4.14 for the full year 2017 and jump to $5 by 2018. Both of those figures exceed the dividend payment, so the company's generous payout looks to be quite safe. Meanwhile, EPS is expected to grow in excess of 22% annually over the next five years. If so, then long-term investors look well positioned to earn a compelling total return if they're willing to buy today.