The market's been swiping right on Tinder parent Match Group (NASDAQ:MTCH) these days. Shares of the online dating specialist hit a new high on Friday, moving 18.1% higher on the week after rolling out a premium service for its leading platform.

Tinder Gold became available to stateside users last week, giving the dating site's freeloaders a way to pay $5 a month for premium features. The key perk is that Tinder Gold subscribers can view a list of everyone who has swiped right on them on the app, indicating an interest in getting to know them in real life. Tinder's previous pay offering lacked that important "Likes You" efficiency-enhancing feature. 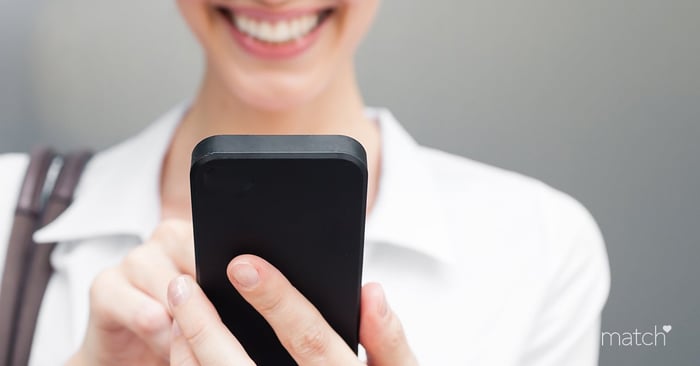 Match Group operates dozens of dating sites including OkCupid, PlentyOfFish, and the namesake Match.com. However, Tinder is the hookup-outlet that has made Match Group a social media market darling. There are 50 million people on the free site, and the rollout of Tinder Gold -- initially to iPhone owners -- is already making a difference. Tinder immediately vaulted to become the highest-grossing app among all paid apps on the App Store, according to industry tracker App Annie.

The introduction of Tinder Gold isn't a surprise. Match Group had already tested it out in Argentina, Australia, Canada, and Mexico. It was only a matter of time before it made its mark on Tinder's more lucrative home turf. Tinder Gold quickly grabbing the top spot on the iPhone's App Store is a welcome surprise, proving that even a free site can get folks to pay up when a clearer path to more love connections is at stake.

Match Group's revenue climbed 12% in its latest quarter, and that's with Tinder and a push for premium offerings across its various dating sites doing a lot of the heavy lifting. Match Group experienced lower ad impressions in its non-Tinder platforms.

Match Group sees revenue climbing 14% at the midpoint of its guidance for the current quarter, and it's not much of a surprise that Tinder is once again expected to be the driver of that top-line growth. Match Group is in a unique position. It runs dozens of sites, giving it different ways to test out features that it can then push up to its more popular dating platforms. Tinder Gold is the next bar-raising rollout, and we'll find out in Match Group's third-quarter report if it's the difference maker that it seems to be in its early days.