Comcast's (NASDAQ:CMCSA) Universal Orlando ran a pair of roller coasters for the last time last night. Dragon Challenge -- billed as a single attraction at the resort's Islands of Adventure theme park but actually two distinct coaster experiences -- closed on Labor Day. The two tracks will be leveled, clearing the way for a more family friendly Harry Potter-themed attraction that is set to open in 2019.

A Hogwarts Express train ride away at the resort's Universal Studios Florida, Comcast has already announced that the Halloween Horror Nights multi-week event that kicks off later this month will be the farewell tour of the Bill & Ted's Excellent Halloween Adventure show. The campy experience has been part of the fright fest for the past 25 years. The hot rumor is that the show is coming to an end because the theater that hosts the attraction is the site of another Potter-themed ride that will open in 2019 or 2020. 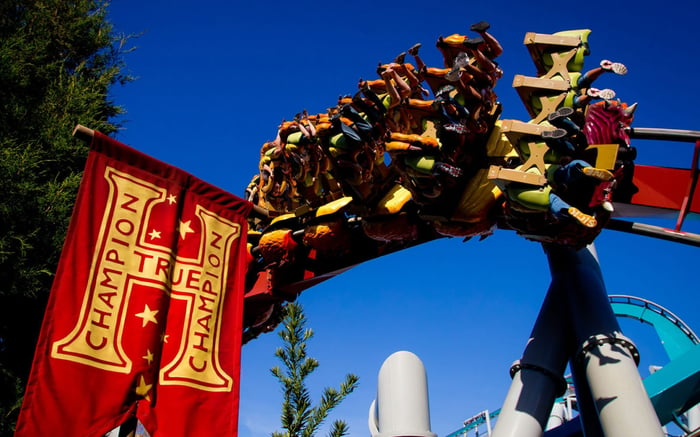 Taking on the World

Comcast wouldn't be so quick to dismantle high-volume coasters that have been at a park since its inception or put an end to a signature show at a popular fall event if Disney (NYSE:DIS) wasn't serious about beefing up its own Florida resort. The House of Mouse announced several new attractions and experiences that will charge up Disney World in the next four years, and Universal Orlando has come too far to see its larger rival pull away. It's not a coincidence that 2019 will be the opening for at least one of the new rides, as it coincides with the opening of Star Wars Land at Disney World where guests will be able to explore the franchise's galaxies and pilot the Millennium Falcon.

Momentum has clearly been in Comcast's corner since the arrival of The Wizarding World of Harry Potter in 2010. Universal's surging attendance over the past seven years has allowed it to more than double its collection of on-site hotel rooms, expand the Potter universe so it exists at both Universal Orlando parks, and open the Volcano Bay water park this summer. Disney World hasn't been able to keep up, seeing its attendance lead over Universal Orlando contract.

It's fitting that thrill seekers at Islands of Adventure had their fun interrupted on Monday when a rainstorm temporarily closed down Dragon Challenge near the end of the final day of operations. There's a mouse-shaped storm brewing, and it will bring Pixar, Star Wars, and Marvel rides into Disney World in the coming years.

A pair of new rides won't be enough for Comcast. Disney is also building out an immersive Star Wars hotel where guests are weaved into an interactive story line, an Epcot restaurant where giant window projections make it seem as if guests are dining in outer space, and a skyway gondola system to give visitors a new way to go from on-site hotels to Disney's parks.

By the time Disney is done with its master plan of upgrades in 2021 it will be have redefined the theme park experience, possibly to the point where its theme parks business overtakes its fledgling media networks segment as Disney's top division. Comcast can't wait for Super Nintendo World to come to Universal Orlando at some point after 2020 to catch up. The family coaster experience already announced for Islands of Adventure in 2019 needs to be spectacular, and the one likely on the way shortly after that at Universal Studios Florida needs to be even bigger. Comcast will also need to step up its in-resort transportation and themed dining options. Disney has declared war on all fronts, and Comcast better make sure that it's not slaying its two dragons for nothing.