The tribe has spoken.

On Friday, Allergan (NYSE:AGN) announced that the Saint Regis Mohawk Tribe now owns all patents for blockbuster dry-eye disease drug Restatis. Both parties should win from the deal. The tribe will receive millions of dollars upfront and in annual royalties. Allergan gets exclusive rights to continue marketing Restasis and now has a unique way of fending off potential generic threats to the drug.

There's at least one other potential winner: Pfizer (NYSE:PFE). Here's why the big drugmaker could benefit from taking a page out of Allergan's book. 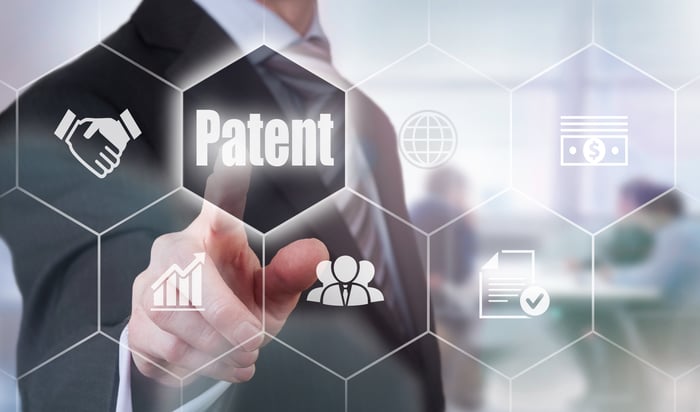 The Saint Regis Mohawk Tribe approached Allergan about the possibility of transferring ownership of the patents for Restasis several weeks ago. As a sovereign nation, the tribe should be immune against legal challenges known as inter partes review (IPR). In an IPR, a third party can challenge the validity of an existing patent before a U.S. Patent and Trademark Office (USPTO_ board.

Allergan faces an IPR challenge for Restasis from several generic-drug makers, including Mylan (NASDAQ:MYL) and Teva. The Saint Regis Mohawk Tribe is filing a motion for the IPR to be dismissed. There appears to be a good chance the tribe will get its wish: Two IPR proceedings have been dismissed in the past for patents held by universities based on their claims of sovereign immunity.

Some will view this as an unfair move by Allergan. However, if successful, it would only protect the company from IPR challenges. Patent challenges in the federal court system wouldn't be affected one way or the other. The biopharmaceutical industry has been staunchly opposed to the IPR process because it presents kind of a double-jeopardy situation whereby companies often must defend their patents in two different venues.

From Allergan's standpoint, the approach is nothing short of brilliant. The company could eliminate a serious threat to one of its top-selling drugs at minimal cost.

I suspect that Pfizer's legal team didn't get much rest this weekend. Allergan's surprising move could be enormously important if Pfizer decides to take the same approach.

In June, the USPTO instituted IPR for three separate challenges Merck (NYSE:MRK) brought against Pfizer's patents for pneumococcal vaccine Prevnar 13. To put this into perspective, Restasis generated revenue of just under $1.5 billion last year -- but Prevnar 13 raked in $5.7 billion. The vaccine is by far Pfizer's biggest product.

Pfizer already faces serious headwinds from other drugs losing exclusivity. The company absolutely doesn't want to risk losing patent exclusivity for Prevnar 13. Allergan just might have pointed to a way the big pharma company can reduce this risk.

The Saint Regis Mohawk Tribe has already indicated that it would be interested in pursuing similar opportunities with other drugmakers. It wouldn't be surprising if quite a few more of the 562 federally recognized Native American tribes in the U.S. decided to enter the picture.

There's no question that the economics of a potential deal could make sense for Pfizer. Keeping exclusivity for Prevnar 13 just a few years longer would be worth billions of dollars to the company. Transferring ownership of the patent rights to the vaccine to a Native American tribe would probably cost only a few million dollars per year.

Pfizer could opt to take things slowly, though. For one thing, generic-drug makers will certainly oppose the novel approach Allergan is taking. And there's a possibility that the IPR system could be dismantled. The U.S. Supreme Court is expected to hear a case challenging the legality of the IPR process this fall.

Pfizer has also faced IPR proceedings before and won. Mylan and several other generic-drug makers mounted IPR challenges to patents for Pfizer's incontinence drug Toviaz. In July, though, the USPTO upheld all five of Pfizer's patents for the drug.

Still, both Allergan and the Saint Regis Mohawk Tribe think they have a pretty solid legal case. I wouldn't be surprised if Pfizer's legal team agrees. Even if the Supreme Court overturns the IPR process, the decision wouldn't be announced until next summer.

Pfizer's risk of the IPR for Prevnar 13 is significant. A transaction along the lines of the Allergan deal could be a relatively inexpensive insurance policy. I predict some interesting conversations between Pfizer and Native American tribes in the coming weeks.