Cellular connectivity comes to the Apple Watch as the new product line is seeing massive sales growth. Indeed, Apple said on Tuesday that the device is no longer just the best-selling smartwatch, but is also now the best-selling watch period. As a major new feature that takes the utility of Apple Watch to a whole new level, released amid the Apple Watch's rapidly increasing popularity, cellular connectivity could be a major catalyst for the important device. 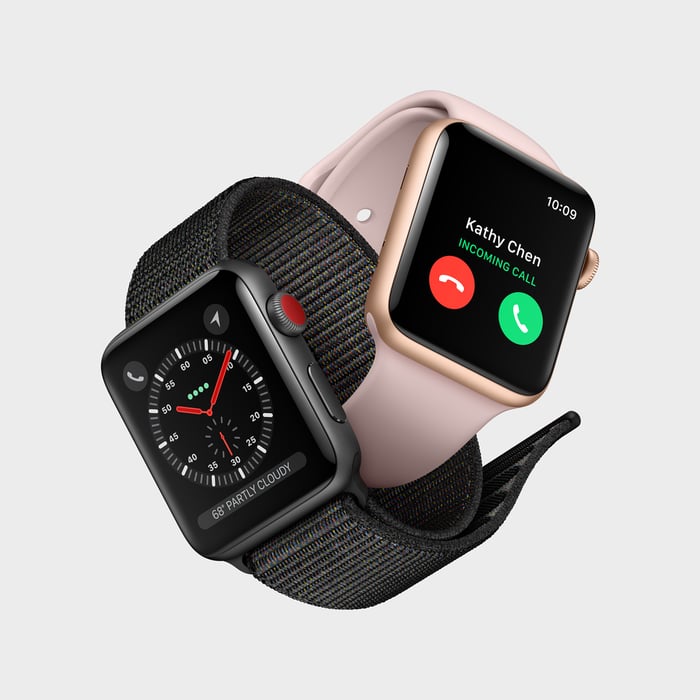 The new Apple Watch, of course, includes other new upgrades beyond cellular data. It also boasts a 70% faster dual-core processor, the ability for Siri to speak, and a more efficient wireless chip. But its cellular capability is undoubtedly the smartwatch's chief new feature.

"We believe the addition of cellular will transform the way people use Apple Watch, providing a new sense of freedom since they can stay connected with or without their iPhone," said Apple chief operating officer Jeff Williams in the company's press release about the new device.

Apple Watch: more important than you may think

It might be tempting for Apple investors to overlook the Apple Watch. After all, unlike iPhone, iPad, and Mac, Apple lumps in Apple Watch sales with its "other products" revenue. Further, Apple's other products revenue, which combines sales of Apple TV, Apple Watch, Beats Products, iPod, and Apple-branded and third-party accessories, represents just 6% of Apple's overall revenue.

But here's where Apple Watch gets a bit more exciting. Though Apple hasn't specified what portion of its other products revenue the Apple Watch represents, the segment is Apple's fastest-growing division. In Apple's third quarter, other products revenue was up 23% year over year -- much faster growth than Apple's year-over-year revenue growth for overall revenue of 7%. And Apple Watch is a key driver behind this growth; Apple said in its third-quarter earnings call that Apple Watch sales during the period were up 50% year over year.

With Apple Watch already seeing this much momentum without game-changing cellular connectivity, the addition of cellular data to the Apple Watch will probably serve as a major driving force for further segment revenue growth. Who knows -- maybe Apple Watch sales will swell large enough over the next year that Apple will begin reporting sales of the device in its own new segment called wearables.