Shares of Kroger Inc. (NYSE:KR) fell back last month on continued challenges in the grocery industry, while Amazon.com (NASDAQ:AMZN) announced it would take over Whole Foods Market on Aug. 28, slashing prices on a number of staples in the process. 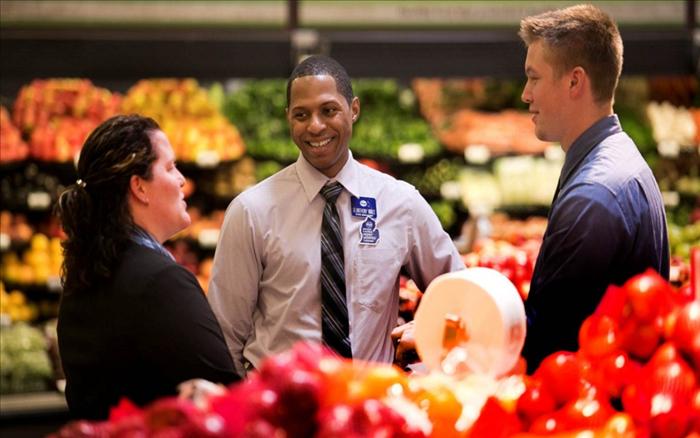 According to data from S&P Global Market Intelligence, the stock finished the month down 11%. As you can see in the chart below, the stock took a hit when the Amazon news came out on, falling 8% on Aug. 24: 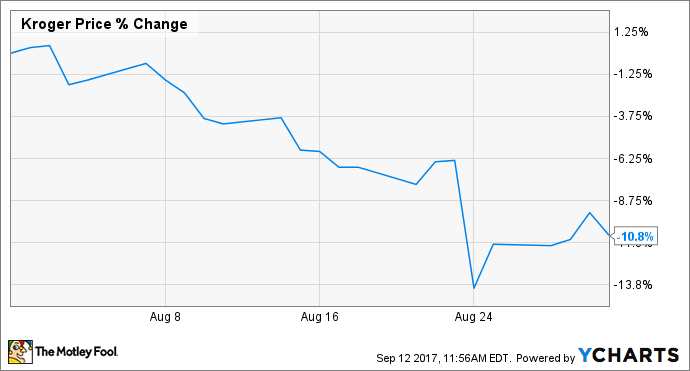 The news was not unexpected, as analysts widely anticipated that Amazon would cut prices at Whole Foods, but it nonetheless sent shock waves through the industry; peers like SUPERVALU, Sprouts Farmers Markets, and Costco Wholesale all plunged that day. When Amazon took over Whole Foods on Aug, 28, prices were cut by as much as 43% on staples including bananas, avocados, and salmon. As the biggest traditional supermarket chain in the country, Kroger may have the most to lose if Amazon is successful at disrupting the grocery industry. Based on the market's reaction thus far, investors are clearly worried.

Amazon's initial discounts appear to have been successful, as traffic at Whole Foods jumped 25% in the first two days of the takeover, according to Foursquare, and Amazon sold out of a number of Whole Foods items on its website.

Kroger's problems continued into September after the company reported second-quarter earnings, sending the stock down 8% after profits compressed once again. Earnings per share fell from an adjusted total of $0.47 last year to $0.39, though the decline would have been even steeper without share buybacks. The company also said it would no longer provide long-term guidance, offering only annual guidance instead, as it copes with increased competition from European discounters like Aldi and Lidl as well as Amazon. That sell-off erased the recovery following the Amazon news.

Still, Kroger is stronger than the market reaction indicates. Comparable sales ticked up 0.7% in the quarter, and e-commerce sales more than doubled thanks to the expansion of ClickList, Kroger's online pickup program. Though challenges will persist, that sales improvement should offer some encouragement to shareholders.