There's not a whole lot that looks good for Opko Health Inc. (NASDAQ:OPK) right now. The stock has dropped more than 30% so far in 2017. Several large institutional investors have reduced their positions in Opko. Although sales have risen, the company continues to lose a lot of money.

Some investors have given up entirely on Opko turning things around. However, I don't think you have to put on rose-colored glasses to see the potential long-term opportunity with the company. Here's why the best is yet to come for Opko Health. 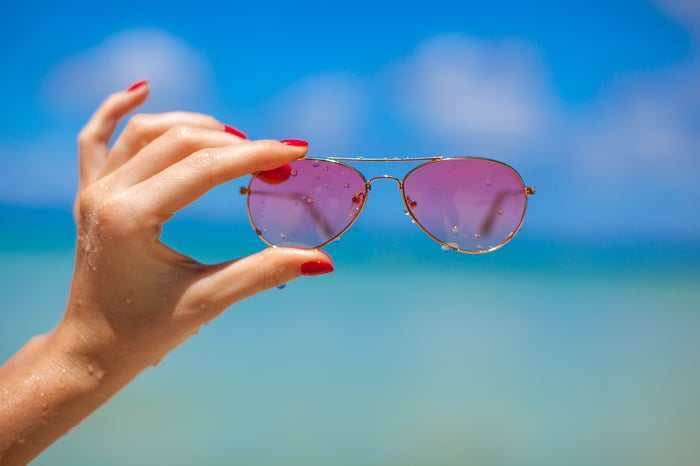 Although Rayaldee won Food and Drug Administration approval to treat secondary hyperparathyroidism (SHPT) in adults with stage 3 or 4 chronic kidney disease (CKD) in June 2016, it's been a slow process for Opko in generating momentum for the drug. As of the end of June 2017, the company had still not recognized any revenue for Rayaldee and is instead recording any sales as accrued revenue. That total as of the end of the second quarter was only $3.7 million.

The situation for Rayaldee should improve, though, for three key reasons. First, more payers are approving reimbursement for the drug. Opko expects more than 70% of patients will have access to Rayaldee by the end of 2017. Second, the company is basically doubling the sales force for the product. Third, the Kidney Disease Improving Global Outcomes (KDIGO) organization updated its standard-of-care guidelines for SHPT in patients with CKD stages 3 or 4 in a way that should create a great opportunity for Rayaldee.

Opko has a long way to go to reach peak sales estimates for Rayaldee of around $700 million. However, the analysts who originally made those projections weren't simply plucking numbers out of thin air. There is a significant need in the SHPT market. While the launch for Rayaldee has certainly been sluggish, it seems highly likely that the momentum for the drug will pick up in the coming months.

The company has a couple of pipeline candidates that could join Rayaldee in the CKD market if all goes well with clinical testing. A late-stage study of Fermagate, Opko's magnesium-based calcium free phosphate binder for hyperphosphatemia in CKD patients on dialysis, is expected to begin soon. Opko is also initiating a phase 2a study of an experimental NK-1 antagonist targeting treatment of uremic pruritis, severe itching associated with CKD.

Despite a setback in late 2016 for its human growth hormone product hGH-CTP in treating adults, Opko still has high hopes for success. A pivotal late-stage study is underway for hGH-CTP in treating children. This study could be huge for Opko and its partner, Pfizer (NYSE:PFE). The pediatric segment represents roughly 80% of the total market for treatment of human growth hormone deficiency.

Opko and Pfizer haven't given up on the adult market for hGH-CTP, though. Plans are to discuss potential next steps with the FDA based on a a post-hoc sensitivity analysis that identified outliers that could have impacted the primary endpoint of the earlier phase 3 study of hGH-CTP in adults.

Several other promising pipeline candidates are in earlier-stage clinical studies. Opko plans to start a phase 2a study for OPK88004, an androgen receptor modulator for androgen deficiency indications. The company reported encouraging results from a phase 2 study of GLP1-glucagon dual agonist OPK88003 in treating type 2 diabetes and obesity and expects to begin a phase 2b study in early 2018. Opko is also close to wrapping up a phase 2a dose escalation study of its experimental intravenous Factor VIIa hemophilia drug.

Investors also shouldn't overlook the potential for Opko's diagnostics business segment. Although prostate cancer test 4Kscore still hasn't been the success story that the company hoped for, there remains an opportunity for Opko to better leverage its BioReference Labs (BRL) business to promote the test. Speaking of BRL, Opko has put a new leadership team in place and is introducing new programs that could help that business grow.

Opko anticipates submitting a pre-market approval (PMA) application for its Claros point-of-care prostate specific antigen (PSA) test to the FDA in the fourth quarter of this year. The company also expects to start an additional study of its point-of-care testosterone test by early 2018.

Wall Street analysts think that Opko Health stock could more than double over the next 12 months. I don't know if that will happen (and neither do they). However, I understand why analysts are more optimistic than pessimistic about Opko.

The company has quite a few catalysts that could drive the stock higher. Maybe not all of them will pan out, but I do expect increased momentum for Rayaldee and some good news from the pipeline. Opko's best days lie in the future, not the past.

Here's Why the Best Is Yet to Come for Opko Health Inc. @themotleyfool #stocks $OPK $PFE Next Article
Current