GW Pharmaceuticals' (NASDAQ:GWPH) stock soared more than 60% last year. So far in 2017, though, shares of the cannabinoid-focused biotech are down rather than up. One possible reason behind GW Pharma's lackluster year-to-date performance is that some investors are worried about the impact of drug-drug interactions with the company's lead candidate Epidiolex.

Executives from GW Pharma had the opportunity to discuss Epidiolex and investors' concerns at the Morgan Stanley healthcare conference on Wednesday. Interestingly, based on their comments, the big worry for investors just might turn out to be an ace in the hole for GW in fending off rivals for Epidiolex. Here's how. 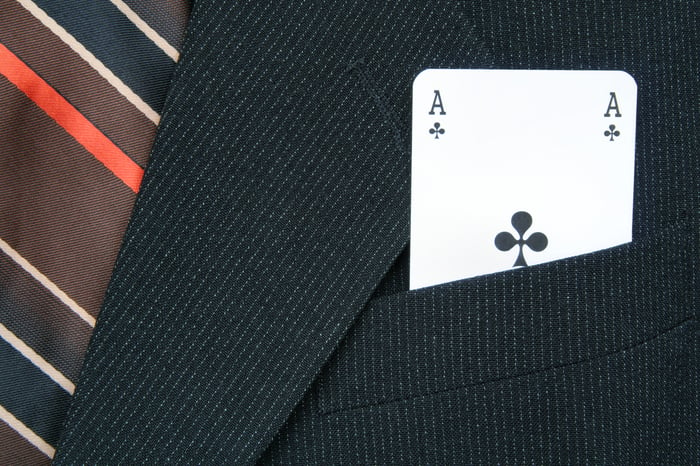 Concerns were raised in November 2016 due to an abstract presented at the American Epilepsy Society (AES) meeting by researchers at the University of Alabama at Birmingham. This abstract showed significant drug-drug interactions between Epidiolex and several commonly used anti-epileptic drugs (AEDs).

In early August 2017, this same research team published additional data in the online journal Epilepsia. In a press release, Dr. Tyler Gaston of the University of Alabama at Birmingham again warned that Epidiolex has "interactions with other seizure drugs that patients and providers need to be aware of."

The worry in the investment community is that these interactions between Epidiolex and leading AEDs could lead to adverse side effects. That obviously wouldn't be good news for patients. And if those side effects were serious enough, it could limit the market opportunity for Epidiolex.

GW Pharmaceuticals CEO Justin Gover fielded several questions at the Morgan Stanley conference centered on the drug-drug interactions. He said that GW Pharma plans to present additional data on potential interactions with other drugs at the AES meeting in December. He added that he hoped "frankly that this data wouldn't be a surprise."

Gover reiterated that his company's message from the beginning has been that there are some interactions with other epilepsy drugs that are important to understand. However, he stressed that these interactions would be included on the label for Epidiolex, assuming the drug wins approval.

Could the potential interactions cause problems for Food and Drug Administration (FDA) approval? Gover said that Epidiolex doesn't rely on any other drugs to be effective. He stated that the primary question for regulators would be whether or not Epidiolex produces anti-convulsive effects on its own. GW Pharma's chief medical officer Volker Knappertz said that he was confident that the company would be able to reach an agreement with the FDA on labeling regarding any interactions with other drugs.

The reality is that drug-drug interactions are common in epilepsy. Most AEDs that have been approved have labels that include language about potential interactions with other drugs.

Ace in the hole?

One of the current leading drugs for treating Lennox-Gastaut Syndrome (LGS) is Onfi (clobazam). Gover expressed his belief that, ultimately, there will be "many more positive aspects of clobazam interaction [with Epidiolex] than negative."

In particular, GW Pharma's executives hinted that drug-drug interaction could be an important component to the company winning approval for some U.S. patents. GW Pharmaceuticals has "an increasing level of comfort that the orphan exclusivity period of seven years is a worst-case scenario."

If GW's confidence is justified, receiving approval for additional patents could enable the company to have the market to itself for Epidiolex for longer than investors were counting on. That could potentially mean billions of dollars in additional revenue.

Obviously, there's no guarantee at this point that GW Pharmaceuticals will be successful in its efforts to secure approval for these patents. But, as Justin Gover said, "it will be an irony if the clobozam issue that has been a problem for investors could be one of the most important attributes" for Epidiolex. It's entirely possible that one of the biggest worries about GW Pharmaceuticals could help make this stock a gold mine for growth investors.