For the second quarter in a row, universal banks expect to report lower trading-related revenue compared with the year-ago period.

Things could change between now and the end of the quarter, which wraps up on Sept. 30, but Bank of America's (NYSE:BAC) chief financial officer, Paul Donofrio, recently predicted that trading revenues will be down by around 15%.

A drop in any type of revenue isn't good news, but shareholders in the nation's second biggest bank by assets needn't be concerned by the trend. 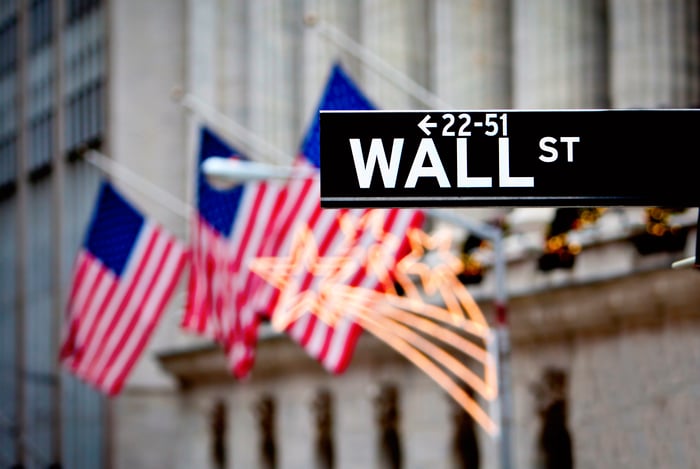 Trading revenues are notoriously volatile. They swing widely from one quarter to the next based on the ordinary ebbs and flows of Wall Street throughout the year. They're also susceptible to changes in market sentiment, which can be triggered by any number of outside influences.

In the first quarter of last year, for instance, Bank of America's sales and trading revenue dropped 16%, as institutional investors pulled back from the market after volatility spiked. The culprits were a precipitous decline in oil prices and the United Kingdom's announcement that it would hold a referendum (which ultimately passed) later in the year on whether to exit the European Union.

One upside to the drop was that it made Bank of America's trading results in the first quarter of this year look especially good, growing 23% on a year-over-year basis after backing out accounting adjustments.

The second quarter wasn't as auspicious. After excluding the same non-cash accounting adjustments, sales and trading revenue at the Charlotte, N.C.-based bank declined 9%. And with Donofrio's disclosure last week, it seems likely that this will be the second consecutive quarter of declines in universal banks' trading revenues.

For what it's worth, Bank of America isn't the only bank that's experiencing this trend.

All this being said, it's worth keeping Bank of America's trading activities in context. The bank earns $3.2 billion in revenue from trading each quarter. That's not insignificant, but it nevertheless equates to only 16% or so of the bank's top line.

The net result is that even a double-digit drop in trading revenues at Bank of America will translate into a relatively small overall impact on the top line. Not to mention that for shareholders with a longtime horizon, as was the case in the first quarter of 2016, disappointing trading results in one year sow the seeds for improved performance the next year.