But while Adobe also offered encouraging forward guidance -- and keeping in mind shares are up more than 50% so far in 2017 -- Adobe stock is down a modest 3% in after-hours trading as of this writing. Let's zoom in for a closer look at what the creative software company accomplished in its latest quarter and what investors can expect going forward. 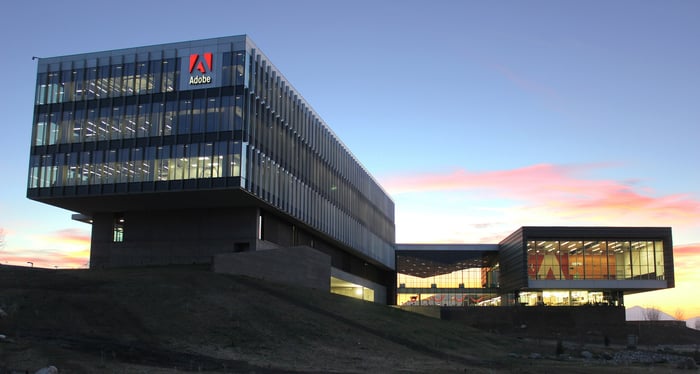 "Adobe delivered another record quarter with stellar year-over-year revenue growth of 26 percent," stated CEO Shantanu Narayen. "The imperative to deliver intelligent, intuitive and effective customer experiences is key to the C-suite agenda of digital transformation, and Adobe's Cloud offerings are critical to that business mandate."

CFO Mark Garrett added, "Our results in Q3 once again reflect the leverage of our financial model, with record revenue driven by our cloud-based subscription offerings, strong earnings and cash flow from operations."

In the end, there was little not to like about this quarter from an investor's perspective. Adobe's cloud solutions effectively maintained their momentum, which means more predictable revenue from quarter to quarter as the company leaves its older perpetual licensing model in the rearview mirror. So while the initial share price decline might indicate otherwise, I think Adobe shareholders should be pleased with their company's continued outperformance.