Hulu's The Handmaid's Tale won big at the Emmy Awards on Sunday night, bringing home four trophies, including one for outstanding drama series. It marks the first time an internet-based television network brought home the prestigious award. Earlier this year, Amazon (NASDAQ:AMZN) became the first streaming service to bring home the best actor and best original screenplay Oscars for Manchester by the Sea.

That can't sit well with Netflix (NASDAQ:NFLX), which pioneered the space and spends more than either competitor on content licenses and productions (and had three series nominated for outstanding drama series on Sunday).

While trophies are nice and can bring a lot of attention to specific shows, actors, and networks, Netflix is in a position where it doesn't need trophies to prove it has great content. 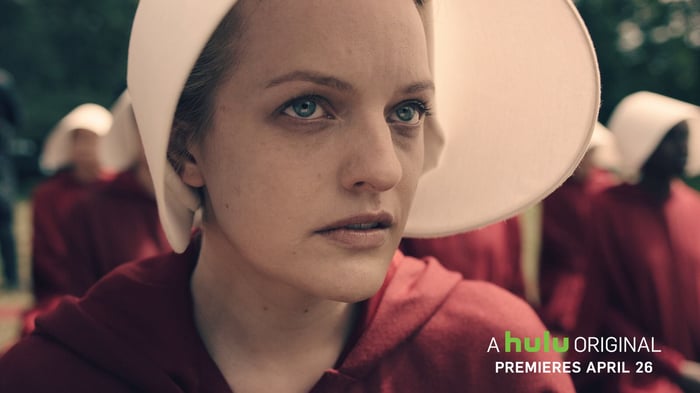 Even if it didn't win, the Television Academy gave Netflix originals a big thumbs-up with its three nominations for outstanding drama series (The Crown, Stranger Things, and House of Cards) and two nominations for outstanding comedy series (Unbreakable Kimmy Schmidt and Master of None). More important than that, however, is how television viewers respond to Netflix originals.

A recent survey of millennial viewers found that 79% deemed Netflix the company "with the best original content." It beat out premium cable networks HBO and Showtime, and absolutely trounced Amazon and Hulu. Likewise, a survey of viewers of all ages last year found more preferred Netflix originals than any other network's.

All indications are that Netflix's originals create loyal subscribers. RBC Capital's Mark Mahaney described satisfaction levels in his most recent survey of Netflix customers as "very robust" -- 87% are "not likely to churn." Internationally, the trends are improving, which corresponds with Netflix's efforts to use originals to expand its global content catalog.

At this point, Netflix has enough word of mouth, media buzz, and a sizable enough marketing budget that it doesn't need the added attention of big awards to draw in new viewers and keep existing users satisfied. Smaller competitors like Hulu don't have the same budget to compete.

While Netflix's original content has established itself among many viewers, some investors may worry the attention a big award like an Emmy or an Oscar brings a competing streaming service will cut into Netflix's market share. However, a breakthrough series like The Handsmaid's Tale could be good for both Hulu and Netflix.

As television viewers see the availability of great television through over-the-top streaming services -- six of the seven outstanding drama nominees are available without a cable subscription -- they're more likely to cut the cord and try multiple streaming services. That provides a net benefit for Netflix, as it opens up more households' entertainment budgets to its service, and it's largely seen as indispensable by people that use streaming services.

Netflix might not have taken home the big awards like its competitors, but a win for streaming is still a win for Netflix.