Shares of gambling industry supplier International Game Technology (NYSE:IGT) jumped 20.5% in September, according to data provided by S&P Global Market Intelligence, after the company signed some important licensing agreements. And the market thinks these deals will help earnings and even generate high margin revenue for the company going forward.

On Sept. 5, IGT signed a cross-licensing agreement with Scientific Games Corporation (NASDAQ:SGMS) to offer game features from each other's patent portfolios. In essence, the deal gives both companies access to make games using the other's patents and assures they won't spend millions suing each other over the patents. 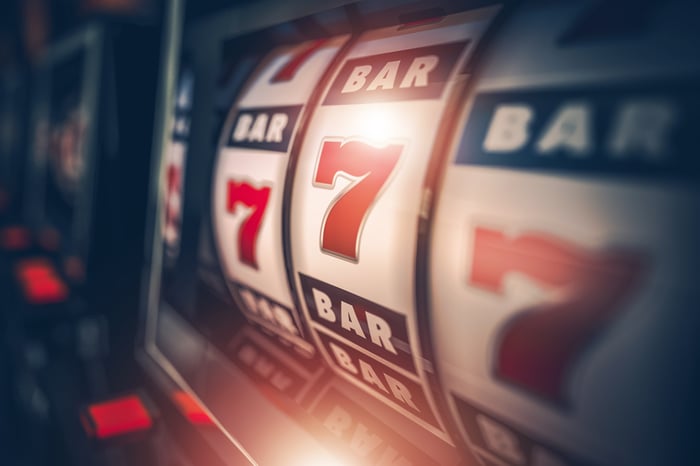 Another deal with AGS was signed, but this one includes AGS paying a licensing fee to IGT if games include its patented technology. This will be extremely high margin revenue because there aren't significant costs associated with the patents once they've been issued.

The first trading day in October, the company also announced a seven-year contract extension with the California Lottery to provide technology and hardware. This is a key contract for the company and ensures an important customer will be onboard through 2026.

These agreements may not seem like a big reason for IGT's stock to jump but they're incremental improvements for the company. The rubber will hit the road in the next few quarters because the company will need to show that new deals are driving growth or lowering costs. Until we see that progress, this is a bounce I just can't jump on.