Please ensure Javascript is enabled for purposes of website accessibility
Log In Help Join The Motley Fool
Free Article Join Over 1 Million Premium Members And Get More In-Depth Stock Guidance and Research
By Steve Symington - Oct 10, 2017 at 10:00AM

From favorable consumer trends to cost-reduction initiatives, Tyson Foods looks like a winner that will keep on winning.

Tyson Foods (TSN 0.08%) is trading within spitting distance of all-time highs right now. But that doesn't mean the meat-processing giant can't continue to outperform from here. 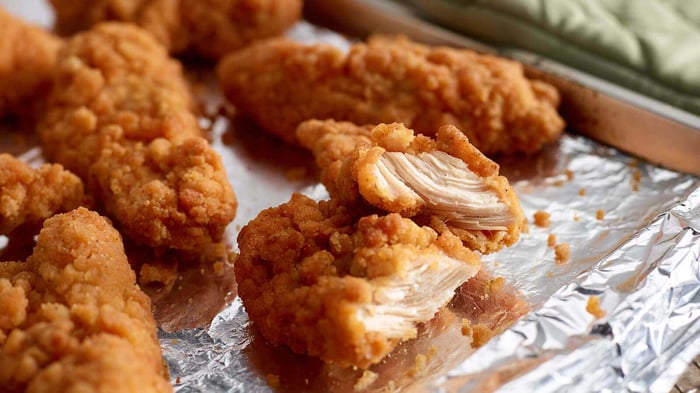 Years of profitable growth ahead

For one, Tyson credited its most recent outperformance to significantly better-than-expected earnings from its beef segment.  But investors should also note that early last month, Tyson announced plans to build a new $320 million, 300-acre poultry complex in eastern Kansas in response to strong demand for chicken.

"More people want fresh food and as one of the world's leading protein companies, we're well positioned to provide it," added Tyson Foods CEO Tom Hayes. "We believe this new operation, which will incorporate the latest production technology, will enable us to meet the sustained growth in consumer demand for fresh chicken."

In short, whether it's beef, chicken, or prepared foods -- in the last of which Tyson bolstered its presence through its $4.2 billion acquisition of AdvancePierre Foods just over a year ago -- Tyson is uniquely situated to benefit from consumers' increasing preference for convenient, less-processed, high-protein foods.

Tyson currently expects revenue in fiscal 2018 to increase roughly 6% year over year (to $41 billion), which should result in roughly 10% growth in adjusted earnings per share to a range of $5.70 to $5.85.

Tough choices -- for the greater good

But that's also not to mention the impending implementation of Tyson's "Financial Fitness" plans, through which the company strives to become ever more efficient in an effort to generate value for shareholders and consumers alike.

Over the next few years, the lowest-hanging fruit of that effort will come from acquisition synergies and incremental eliminations of non-value-added costs. To that end, Tyson announced plans last week to reduce its head count by roughly 450 positions, with most of those positions drawn from its corporate offices.

"These are hard decisions," stated Hayes, " but I believe our customers and consumers will benefit from our more agile, responsive organization as we grow our business through differentiated capabilities, deliver ongoing financial fitness through continuous improvement and sustain our company and our world for future generations."

For investors willing to buy now and watch Tyson Foods implement those plans while driving steady, profitable growth -- and with shares currently trading at a modest 12.2 times this year's expected earnings -- I think Tyson Foods stock should be able to continue driving market-beating gains for years to come.