Detroit automakers check in with China results, banking woes, and some good news for Snap were a few big headlines last week.

The markets closed the book last week with solid gains. Following strong retail sales figures, a fifth consecutive rising week for both the Dow Jones Industrial Average and S&P 500 left investors pleased, while the Nasdaq recorded its third weekly gain. But there was much more to dig into; here are a few companies that made headlines.

If you think back to the depths of the Great Recession, when General Motors (GM 8.91%) was a catastrophe and needed government help, Ford Motor Company (F 7.76%) had a vision to skate through on its own dime. Ford was, at the time, years ahead of its Detroit counterparts, but that divide has seemingly reversed, with General Motors thriving and the Blue Oval looking for new direction under recently appointed CEO Jim Hackett.

That point was hammered home this week when Barclays analyst Brian Johnson upgraded GM to overweight and boosted his price target from $41 to $55 per share. Johnson's price target represents significant upside from today's $45 level, and keep in mind that GM's stock has already jumped more than 31% year to date. On the flip side, Johnson downgraded Ford to equal weight and maintained a $14 price target. 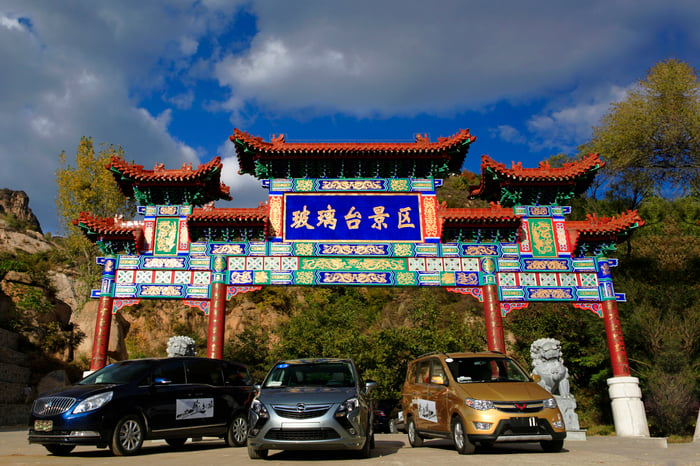 Johnson's note came shortly after both Detroit automakers reported China sales results for September. GM and its joint ventures recorded their highest September sales result ever, with deliveries increasing 6.6% compared to the prior year, to more than 366,000 vehicles. Ford, on the other hand, reported flat September sales in China, with volume reaching 112,902 vehicles.

Wells Fargo & Co's (WFC 4.71%) woes have been well documented, and management noted Friday that the bank is likely to struggle to hit its expense targets through next year as the notorious sales scandal continues to weigh heavily on the bottom line. In fact, the bank's third-quarter profit dropped 19%, in part because of a $1 billion provision for a mortgage settlement based on accusations from nearly a decade ago.

But investors also took note of management's tone about rising expenses. Wells said its expense target is now $0.61 of every revenue dollar, the high end of its prior range of between $0.60 and $0.61. However, management now expects to spend $0.59 of every revenue dollar next year, which is also at the high end of its previous $0.55 to $0.59 guidance.

Despite expense concerns dragging Wells' stock price down more than 3% as of 3:15 p.m. EDT Friday, the bank delivered adjusted earnings of $1.04 per share, which was barely enough to top analysts' estimates calling for $1.03 per share. If the third quarter made anything clear for investors, it's that the company's sales scandal is going to be an issue throughout 2018 and will continue to weigh on the company's momentum. 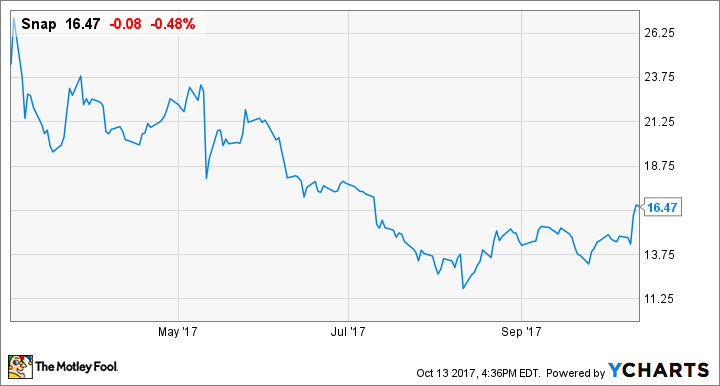 Until recently it's been a steady decline for shares of Snap Inc. (SNAP 8.42%) after its IPO, but finally, the social-media company and its investors received some positive news this week. Shares popped 11% during intraday trading on Wednesday after Credit Suisse analyst Stephen Ju issued an upgrade on the company and increased his price target from $17 to $20, which, at the time of the upgrade, was almost a 40% premium. That bullish sentiment hasn't been shared by many, but Ju believes its ad product innovation, including Snapchat Ad Manager and Snap Publisher tool, should increase advertising interest.

It will take time to see how Snap's new products play out, but investors won't have to wait long to see how bullish or bearish analysts become with the company's third-quarter results due out early next month -- if there appears to be some momentum with its advertising business, there could easily be another pop in Snap's share price.