All of those people worrying Apple (NASDAQ:AAPL) wouldn't be able to move a $1,000 iPhone can relax. Demand is apparently "off the charts" for the iPhone X, with pre-orders for the device selling out within minutes of being made available last week.

The problem may not be that too few people wanted the new smartphone, but rather too many do.

Worldwide iPhone X pre-orders are expected to exceed 40 million units by the end of the year, according to an analyst at GBH Insights, but there may only be 20 million units available. Worse, there have been reported production problems that may inhibit Apple's ability to make even those lower numbers. 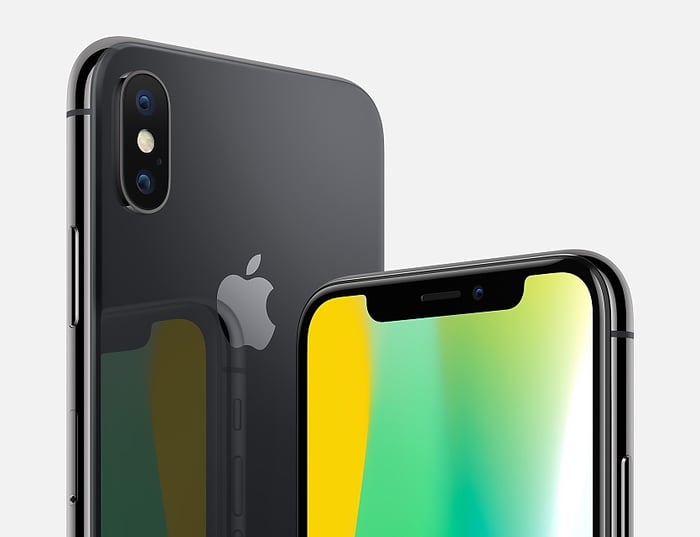 There's no doubt Apple is working overtime to not only get production sorted out but to meet the outsized demand for the 10th anniversary device.

In its biannual survey of more than 6,000 teens, Piper Jaffray found overwhelming evidence Apple devices were the teen's mobile phones of choice. Over 80% of Generation Z teens, the post-millennial kids born after the year 2000, said the next mobile phone would buy is an iPhone.

In fact, some 78% of them already own an iPhone, the highest level the analysts have seen since they began conducting the survey, and 82% of teens say their next phone will be an iPhone, up from 81% in the spring survey. That gives Apple substantial room for growth, especially among this age cohort, for its iPhone 8, where demand has been more muted, and its iPhone X.

As a matter of comparison, 17% of teens say they'll be buying an Apple Watch, up from 13% earlier this year.

Will this lead to iOS gaining market share? The market researchers at IDC say Android owns 85% of the global OS market with iOS at less than 15%. Samsung (NASDAQOTH: SSNLF) is the largest Android phone manufacturer, with a 23% share.

Apple, of course, is thrilled with the response, issuing a statement that said, "We can see from the initial response, customer demand is off the charts. We're working hard to get this revolutionary new product into the hands of every customer who wants one, as quickly as possible."

The newest iPhone will begin appearing in Apple retail stores on Friday, but there will only be a limited number available for walk-in customers and Apple recommended customers "arrive early" if they want to get one. You know what that means: people setting up camp days ahead of time and lines stretching around the block.

The frenzy surrounding the release of the iPhone X is a welcome change to the less than stellar iPhone 8 response. Apple is accustomed to descriptions of its devices coming in superlatives, but the iPhone 8 didn't move the needle all that much. 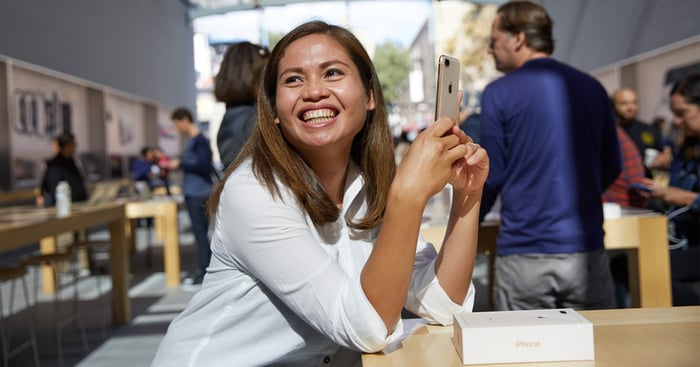 The iPhone 8 and iPhone 8 Plus went on sale in September, but because there were few innovations in the device -- a glass back and wireless charging were the primary upgrades -- it was more an evolutionary device than revolutionary, and the public was less than enthusiastic.

Yet Apple has no need to worry that its iPhones will be relegated to the sidelines. It continues to tap into the psyche of teens as a lifestyle choice and their overwhelming acceptance of its smartphones suggests there was never really any reason to worry. It looks like it has a customer base to grow sales for years to come.

Apple, Inc. Has Nothing to Worry About With Its New iPhone @themotleyfool #stocks $AAPL $PIPR $TST Next Article
Current