After AT&T (NYSE:T) disclosed that it added around 300,000 DirecTV Now subscribers last quarter, but lost even more linear TV subscribers, I posed the question, "Is DirecTV Now cannibalizing DirecTV and U-Verse?" When AT&T hosted its third-quarter earnings call, I got my answer.

Of the 787,000 DirecTV Now subscribers, "most of those customers are new to our TV service, new to AT&T, about 700,000," according to CFO John Stephens. While a small -- but not insignificant -- portion of subscribers downgraded to the streaming service, DirecTV Now is helping bring in more customers to AT&T.

The bundle helps, but it's not the whole story

Last quarter, AT&T started offering a $25 discount on DirecTV Now's monthly subscription price when bundled with one of its unlimited wireless-data plans. Subscribers could sign up for just $10 more per month, which is almost a no-brainer for someone even remotely interested. But Stephens said less than half of DirecTV Now subscribers took advantage of the $25 discount for bundling -- which represents an opportunity to sign up more wireless subscribers. 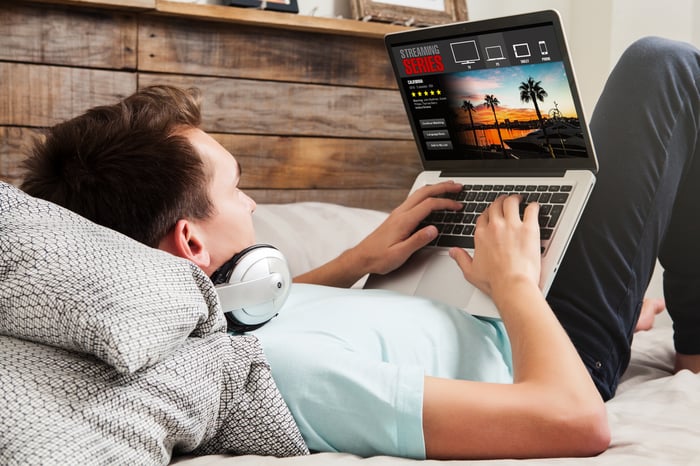 Where are the DirecTV and U-Verse subscribers going?

If only about 10% of customers are downgrading to a less expensive DirecTV Now plan, AT&T is still losing quite a few TV subscribers. Stephens said management decided to tighten its credit policy last quarter, which negatively impacted its subscriber count. Combined with losses from the hurricanes that hit the U.S. in late summer, it accounts for half the subscriber losses between DirecTV and U-Verse. It expects a marked improvement in the fourth quarter, particularly from the linear TV services, but it's very likely AT&T will continue to lose subscribers.

The influx of new virtual services in the same ilk as DirecTV Now will not only compete with DirecTV Now but also its legacy linear TV services. Meanwhile, many consumers are happy to simply cut the cord entirely, relying on streaming video on demand.

While it is great that AT&T is attracting cord-nevers and subscribers from competitors with DirectTV Now, its legacy video business is suffering from the same problems as its competitors. As more subscribers shift to the streaming service, AT&T's profit margin is suffering.

Operating margin for AT&T's Entertainment Group fell to 10.4% last quarter, down from 11.7% a year ago and 13.1% in the second quarter. If bundling picks up for AT&T, it could result in even further margin compression.

AT&T's management has long argued that DirecTV Now is not a replacement for DirecTV. So far, its results show that's usually the case for subscribers.

That said, more and more people are ditching DirecTV and U-Verse for services like DirecTV Now. AT&T doesn't have the same competitive advantages in streaming as it does in linear TV. As a result, it's putting a lot of pressure on the company's profit margin.