There were a number of takeaways from Apple's (NASDAQ:AAPL) record fourth quarter. For instance, revenue and earnings per share both increased by double digits, and revenue for the iPhone, Mac, iPad, services, and other products segments all up year over year. Some segments were up more than 30%.

But a single metric from the quarter arguably stole the show: $85.5 billion, the midpoint of Apple's guidance range for its first-quarter revenue. Despite reports of iPhone X production woes, management expects a monster holiday quarter. 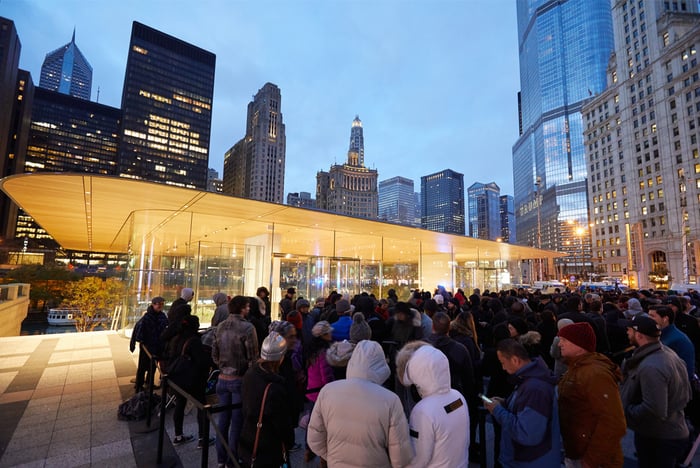 Apple customers wait in line at an Apple store to buy the iPhone X on Nov. 3. Image source: Apple.

For its first fiscal quarter of 2018, which corresponds to the fourth calendar quarter of the year and the holiday season, Apple said it expects revenue to be between $84 billion and $87 billion.

The midpoint of this guidance range, $85.5 billion, represents a strong 7.1% year-over-year increase compared to the year-ago quarter. Put another way, it's more than $7 billion higher than the $78.4 billion of record revenue Apple garnered last holiday season.

Going into the fourth-quarter earnings release, there were concerns about whether guidance for the holiday quarter could live up to expectations. Not only were there daily reports of production constraints for the new iPhone X, but Apple's later launch date for the new iPhone compared to normal (the beginning of November versus late September) confirmed that production was running behind compared to previous iPhone launches. 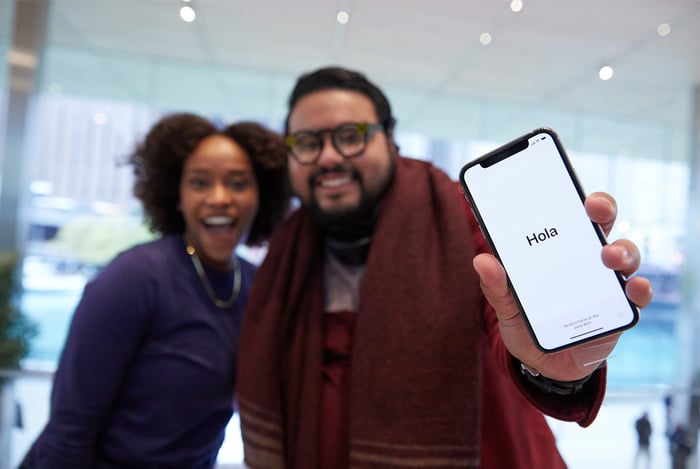 With less than two months for Apple to get the iPhone X into the hands of consumers during the holiday quarter -- one month less than usual -- some investors were worried it simply wouldn't be able to ship as many iPhones as usual. But despite the iPhone X's later launch, the company's guidance for total revenue of about $85.5 billion suggests it expects year-over-year growth in iPhone revenue during the quarter; since the iPhone accounts for over half of Apple's total revenue, management's guidance for the trajectory of overall revenue implies it expects a similar trajectory for the iPhone.

But can investors trust this bullish outlook from management for the first quarter? Absolutely. In fact, when taking into consideration how conservative its guidance has proved to be in the past, the company's monstrous guidance begins to look even better. 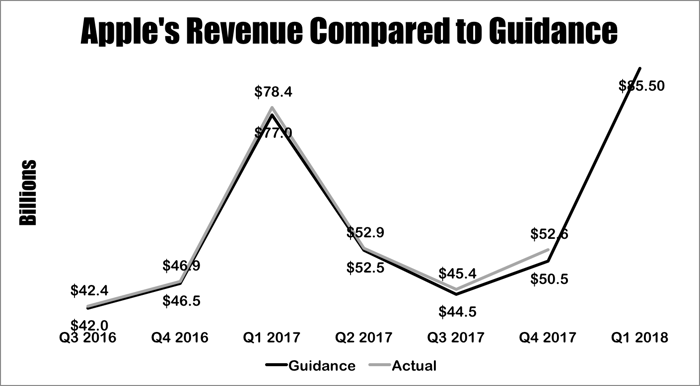