One of the most difficult things about running a hardware company like GoPro Inc. (NASDAQ:GPRO) is trying to figure out how much inventory to build. Customers generally shop for new action cameras shortly after new products are launched or during the holiday season, which creates a challenge: build the correct amount of inventory to capture sales, but not so much that there's an excess that eventually needs to be sold at a discount.

A couple of years ago, GoPro found out the hard way what excess inventory does to a business, and shares dropped 90% as a result. Management has learned its lesson and is now using inventory to its advantage. 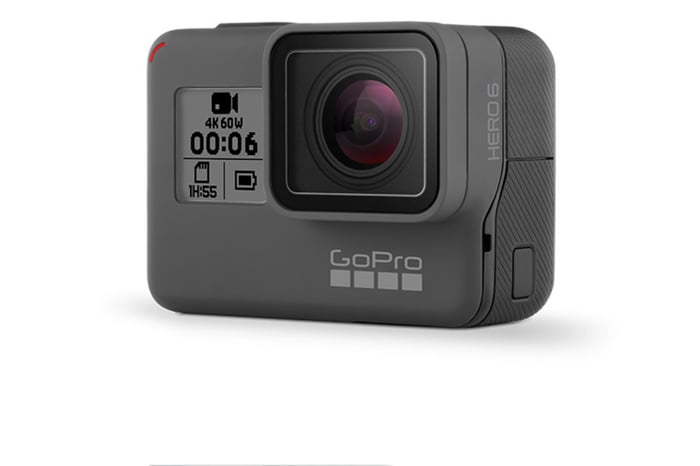 GoPro says that it's using a "good, better, best" product strategy with Hero 5 Session, Hero 5 Black, and Hero 6 Black. But if you look closely you'll see that there are really two product lines, both with new and old cameras.

The Session line looks similar, with the Hero Session selling for a compelling $149.99 and the newer Hero 5 Session going for $299.99. Neither product has changed since a year ago -- the company is basically selling the Hero Session until inventory runs out. When it does, GoPro will be back to a "good, better, best" lineup.

What's really going on here? GoPro updates one, or maybe two, cameras each year and pushes older cameras down, and eventually out of, the product lineup. This reduces inventory risk in any given year and allows GoPro to keep the lineup fresh while dropping cameras out the bottom when inventory runs out. Presumably, the next step will be to run inventory of Hero 5 Black dry in mid-2018, ahead of the Hero 7 product launch. If the Hero 7 lineup includes a Session model, the company will just push the Hero 5 Session down to the entry-level price and run through inventory, as it's doing with Session today. This strategy reduces risk because GoPro has at least two years with each camera, including multiple holiday seasons, which makes it easier to plan inventory.

GoPro has stated that it will keep retailers and distributors in short supply of its cameras in 2017. This is a deliberate strategy to make sure the company doesn't have an excess supply that will have to be written off a few quarters down the road.

It's very difficult to guess exactly how many cameras will sell during the holiday season, especially when a product is new. If a hardware company has to choose between undersupplying or oversupplying the market, the latter is usually a better option.

Scarcity of supply is good for GoPro

By keeping retail inventories light, GoPro will keep retailers from discounting its cameras. That can enhance margins, which are over 40% again, and help GoPro maintain a premium brand.

Last holiday season, GoPro cameras were discounted by major retailers as promotional items to bring customers into stores. Discounted products may goose sales during the holidays, but it's hardly a way to build a profitable manufacturing business with high margins.

This year, GoPro cameras may be in higher demand relative to supply, which is one reason management expects a 200-basis-point increase in gross margin to 41.5% in the fourth quarter.

GoPro gets its inventory right

Having a product lineup that has a multiyear life cycle and keeping the supply chain slightly undersupplied should be a good strategy for GoPro over the long term and reduce risk for investors. There may be some disappointment in fourth-quarter revenue guidance right now, but I think the business is being run prudently given its operational risks. Inventory, previously a huge weakness, may become a point of differentiation for GoPro.