Zebra Technologies (NASDAQ:ZBRA), a company named for its market-defining bar code scanning and printing solutions, reported third-quarter results on Tuesday morning. Moving deeper into fresh asset management technologies such as RFID systems and data analysis tools, the company's business model is evolving from one quarter to the next.

The adjusted figures exclude a $49 million charge for early debt retirement fees in this quarter, as Zebra is taking steps to strengthen its balance sheet and refinance its debts to lower interest rates. They also back out $49 million of noncash expenses related to the 2014 acquisition of Motorola Solutions' (NYSE: MSI) enterprise operations, along with $59 million of these expenses in the year-ago period. Zebra expects these amortized expenses to decline slowly over a long period, lowering its GAAP earnings for years to come. 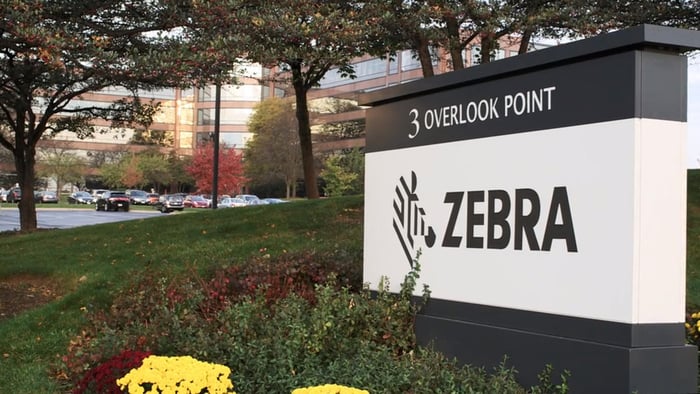 What happened with Zebra Technologies this quarter?

Zebra expects to reduce its debt balances by at least $300 million in 2017, leaving a repayment of at least $113 million to be done in the fourth quarter. Net sales should rise approximately 5% year over year, landing near $987 million. On the bottom line, non-GAAP earnings should rise by roughly 9%, stopping in the neighborhood of $2.10 per share. Both of these targets are above Wall Street's current forecast, aiming for earnings near $2.08 per share on sales of roughly $961 million.

I had an opportunity to connect with Gustafsson in a direct phone chat after the earnings report. He explained that Zebra thinks of itself as an IT company these days. Here's how the company fits into the larger sector of asset management hardware and software:

We have a very broad ecosystem of partners, ranging from the largest companies you can think of such as IBM and Oracle all the way down to small retailers, you know, two guys who are working out of a garage to resell our type of technologies. For the larger partners, our products are incorporated into their systems and often sold as a complete package. We believe that for us to thrive, we need to have a healthy ecosystem of partners around us that can augment our capabilities and provide complete solutions to our customers.

Zebra's sales are indeed mostly done through resellers, partners, and OEM system builders; 17% of the company's sales were done through direct sales processes, and the remaining 83% fell under various reseller programs.

The Motorola deal is paying off in spades, taking Zebra's business model in new and more profitable directions while unlocking sustainable bottom-line growth. The stock may look expensive in the rearview mirror, but debt restructuring efforts and Motorola-powered economies of scale are driving Zebra toward stronger bottom-line results. The company just happens to stand close to the break-even point right now, but the positive trend is unmistakable: 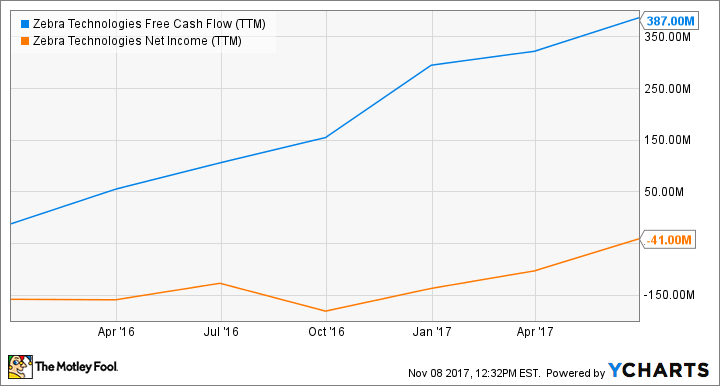 Based on current analyst estimates, Zebra shares are trading at a reasonable valuation of 14 times forward earnings. For a company with deep hooks into the exploding RFID and Internet of Things markets, that's a steal.