It's all but certain that eventually our cars will drive us around much of the time. How exactly this will impact companies within and surrounding the automotive industry is nearly anybody's guess, but what we do know is that companies will have to rapidly adapt or face extinction. Two companies facing driverless-car challenges, AutoNation (NYSE:AN), the nation's largest auto retailer, and Delphi Automotive (NYSE:DLPH), a massive auto parts supplier to original equipment manufacturers, are already preparing for such a future -- but what do their moves mean for investors?

Driverless cars pose a number of challenges for these companies, though for the most part, these won't fully materialize for decades, since it will take a while for these vehicles to make up a significant part of the market. But hurdles certainly loom for much of the automotive industry and could impact business sooner if companies don't begin adapting today.

Take AutoNation, for instance, which generated 79% of its year-to-date 2017 revenue from sales of new and used vehicles, and only 16% from its parts and service segment. Not only would driverless cars likely lessen our dependence on owning vehicles to some degree, it would also lower the number of crashes and repairs. Why does that matter, you ask? Because while parts and service only generated 16% of the company's year-to-date revenue, it generated 45% of its gross profit, more than any other AutoNation business segment.

Delphi faces different challenges than AutoNation and dealership groups face. The automotive industry is capital-intensive, and established markets are competitive -- and at a time of plateauing vehicle sales in the world's most lucrative market, the U.S., automakers are cutting costs and squeezing suppliers when possible -- which can weigh on margins. On top of potential margin pressure, driverless cars have brought a list of technology-savvy companies from Silicon Valley into the auto industry as they fight to develop lucrative driverless technology. While this also represents an opportunity for Delphi, as it plans to develop driverless technology to improve margins and spin off less profitable business segments such as its powertrain division, it also increases the competition to supply valuable automotive products.

That leaves companies such as AutoNation and Delphi with little choice: It's adapt or die. The good news for investors is that these two have made recent moves that show management is starting to adapt for a driverless-car future sooner rather than later.

AutoNation announced last week a partnership with Waymo, Alphabet Inc.'s self-driving technology company. The multi-year agreement calls for AutoNation to provide long-term vehicle maintenance and repairs for Waymo's self-driving Chrysler Pacifica hybrid vehicle fleet to maximize the life of its vehicles across the nation. The agreement will expand with Waymo when it adds additional brands, which AutoNation is particularly capable of doing as it already services and repairs over 33 different brands with its service bays.

AutoNation wasn't the only auto company to establish a partnership with Waymo. Avis Budget Group, Inc. (NASDAQ:CAR) agreed to a similar partnership for fleet support and maintenance services for Waymo's self-driving program in a public trial in Phoenix. The agreement calls for Avis to enhance specific rental facilities to offer automotive services and secure parking for Waymo's fleet. It's a smart move for Avis, which, unbeknownst to many investors, has already invested in smart-mobility solutions through its Zipcar brand -- the world's leading car-sharing network, with over 1 million members. 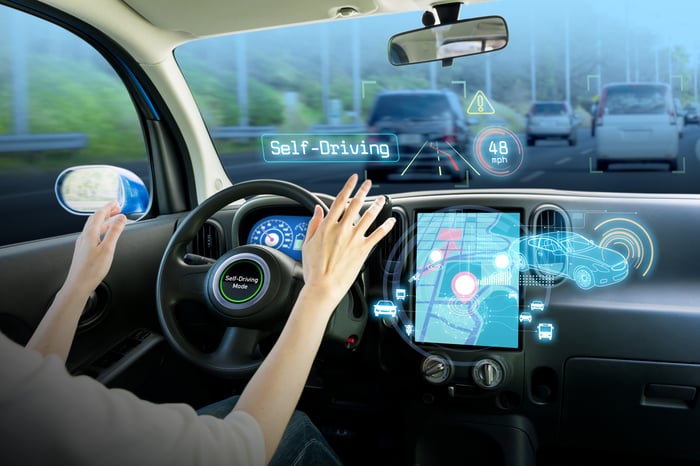 Delphi announced in late October an agreement to acquire nuTonomy, Inc. for an up-front purchase price of $400 million and earn-outs totaling roughly $50 million. This was a strategic move for Delphi to bring in talent to better develop driverless-car technology. The move will add more than 100 employees, including 70 engineers and scientists, to Delphi's already more than 100-member autonomous-driving team. Delphi now plans to have 60 autonomous cars on the road across three continents by the end of 2017, and plans to accelerate its fleet expansion.

All of these moves mean one important thing for investors: While driverless cars are a very real threat to automotive companies across the industry, there are still new revenue streams for them to generate if management can adapt and find innovative partnerships and acquisitions.