Competitor Advanced Micro Devices (NASDAQ:AMD) recently launched a new round of cards aimed at gaming enthusiasts with its Vega line of graphics cards. Even before Vega launched, Jon Peddie research estimated AMD had picked up a few percent of market share over NVIDIA in the second quarter.

However, AMD's momentum could be stalled in the short term with NVIDIA's broader lineup, which now fills every performance level at a competitive price point. As gamers begin upgrading this fall with several graphically demanding games hitting digital store shelves, the addition of the 1070 Ti gives NVIDIA a high-end card offering at a compelling price relative to alternative cards. 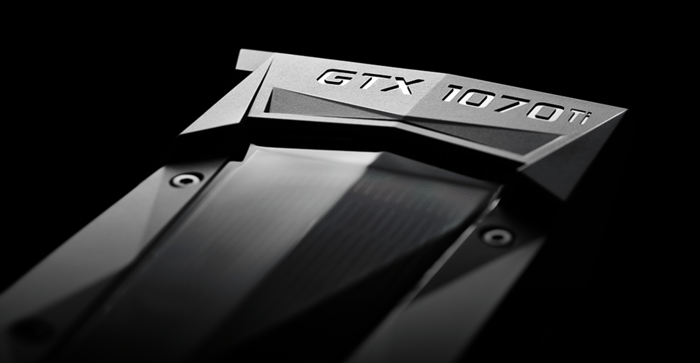 NVIDIA's GeForce GTX 1080 Ti is currently the most powerful gaming card NVIDIA offers. Since the $700-plus 1080 Ti was introduced earlier this year, the regular 1080 has become more affordable at less than $550. This is a great spot for the 1080 to be in, as it's now cheaper than AMD's most powerful gaming card -- the Vega 64 (priced at $569) -- while offering slightly better performance, according to benchmark data from PassMark Software.

Looking at the mid-tier offering, AMD's Radeon RX 500 series cards are priced more competitively with NVIDIA's mid-tier GeForce GTX 1050 and 1060 cards. The RX 580 benchmarks slightly less than NVIDIA's GeForce 1060, but AMD's card is currently priced less than the GeForce 1060, making the RX 580 an attractive option at this performance tier.

Overall, at the mid-tier level, both companies are on an even plane, depending whether a gamer is looking for better performance or better value. But at the top-tier, NVIDIA's cards still offer best-in-class performance at a competitive price with AMD's Vega cards, based on PassMark's data.

NVIDIA will be tough to beat through the holiday season

The fourth quarter features four blockbuster game releases in Destiny 2, Call of Duty: World War II, Star Wars: Battlefront 2, and Assassin's Creed: Origins. Gamers who want to play these games on a 1440p or 4K resolution screen at a smooth 60-plus frames per second will need a graphics card more powerful than what's available at the mid-tier offering.

This is where NVIDIA's new 1070 Ti card could make it difficult for AMD to gain meaningful share in the fourth quarter. The 1070 Ti, which will be priced at $450, looks like a great choice for gamers who can't afford to spend more than $500 for a Vega 64 or GeForce 1080, but want that extra performance to play the latest games at higher graphics settings. The 1070 Ti is basically an entry level top-tier card priced at a discount.

According to benchmark data from GPUBoss, the GeForce 1070 has the best overall performance for cards over $300. Additionally, NVIDIA's Titan X and GeForce 1080 are rated the best cards for gaming. Data from PassMark Software backs this up, as it shows the GeForce 1080 slightly outperforming AMD's Vega cards, with the GeForce 1070 not far behind the Vega 56.

NVIDIA's GeForce 1070 Ti's marginal improvement over the regular GeForce 1070 should bring it roughly on par with AMD's Vega 56 card. The GeForce 1070 Ti has an attractive price tag that is about $100 cheaper than AMD's Vega 64, and $20 cheaper than the Vega 56. This is an appealing new offering from NVIDIA as we head into the holidays, when many gamers will be shopping for new cards to play the latest games.