What a difference a year makes...

Last year was one Twitter (NYSE:TWTR) CEO Jack Dorsey would doubtless rather forget. The unpleasantness came to a head in October at the Money 20/20 conference, where Dorsey defended his decision to remain CEO of Square (NYSE:SQ) while taking on the same role at Twitter. Twitter had reportedly unsuccessfully shopped itself to Alphabet and Disney earlier that month, and its shares fell approximately 20% on news of the attempt's failure. Twitter followed that by announcing plans to cut its workforce by 8%. Overall in 2016, shares of the microblogging site fell 30% while the broader U.S. market rose 12%.

Meanwhile, Square in October 2016 was trading at roughly $11 per share, more than its $9 IPO price but lower than its price during the last private funding round.  Square shares fared moderately better than Twitter's in the full 2016, rising 4%, but still nowhere close to the market average. Analysts blamed Dorsey for both companies' underperformance, alleging the unusual dual-CEO arrangement spread the young executive too thin to be effective. (Dorsey's turning 41 in the next week.)

You're hearing that less often now. 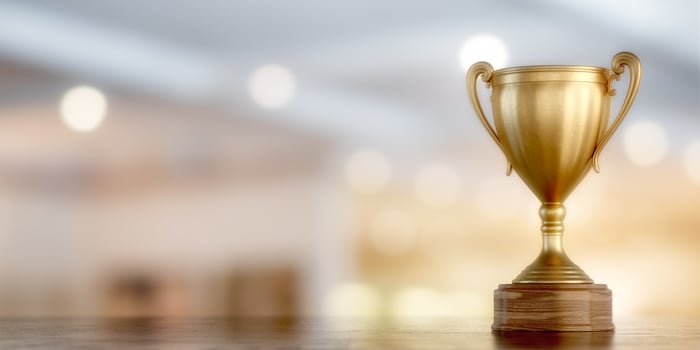 For those unfamiliar with Twitter's stock history, it's had a disappointing run in the public markets. After IPOing at $26 per share in 2013, shares quickly rocketed to $60. Since then, after a few periods of optimism, the stock price has generally sunk and, is now trading in the neighborhood of $20 per share. 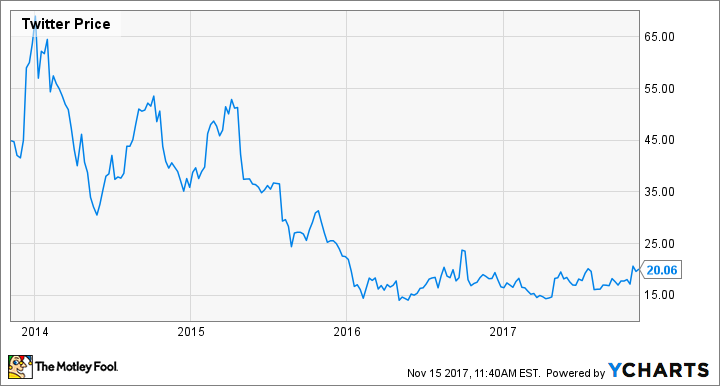 Dorsey co-founded Twitter and was CEO until 2008. He was brought back as CEO in July 2015. To be fair, Twitter's problems predate Dorsey's second tenure as CEO. Under prior CEO Dick Costolo, the company struggled to add active users at a clip sufficient to satisfy investors, who compared the company's growth rate unfavorably to that of social media juggernaut Facebook. Additionally, the company was expensing large sums on stock-based compensation, resulting in lower earnings and a diluted share base. Last year, the impression on Wall Street was that Dorsey had no plan to improve these issues.

Throughout the past 12 months, however, the company has shown green shoots of improvement. Stock-based compensation was cut from $477.1 million in first the nine months of 2016 to $331.4 million in 2017's comparable period, a 31% decrease. Currently, stock-based compensation is 19% of revenue, down from an excessive 47% in Q3 2014. Dorsey made a generous gesture by gifting 6.8 million of personal shares to the pool for employee compensation so as to avoid further diluting current shareholders.

There's still a lot of work to do: The company is still unprofitable, monthly active user growth has slowed to a crawl, and stock-based compensation is still high. This year's share price rise can best be described as a relief rally more than a sustainable trend. Additionally, the market now understands that social media is a tougher business than it initially appears, as exemplified by Snap's poor performance. Dorsey should receive credit for partially turning around a company that a year ago was actively (and unsuccessfully) searching for a white knight to save it.

Dorsey's reign at Twitter receives more coverage from the press, most likely because so many financial analysts and newsmakers use the product. However, it's his leadership at Square that should earn him the CEO of the Year award. As of this writing, shares of Square are up 170% year to date, compared to the S&P 500's 15% return.

While it's a stretch to say the rally is entirely fundamentals-based, the company continues to execute strongly. In the recently reported third quarter, the payments company's adjusted revenue grew 45% year over year to $257 million as it posted an adjusted profit of $0.07 per share, which beat analysts' consensus estimates of $245 million and $0.05 per share.

Square's been able to grow revenue at a rapid clip in part by moving up-market from the smaller merchants that have traditionally been its target users to larger businesses. In late October, the company announced its fully integrated hardware product, Square Register, which should continue to earn wins from larger merchants that prefer Square's platform but want a more professional hardware product than a third-party tablet or smartphone.

Mobile payments and transaction processing is quickly becoming a highly competitive industry, but Square is executing and carving out a substantial niche in this space.

For running not just one, but two companies that are outperforming the greater market, Dorsey deserves some credit ... or at least less ridicule. With two months to go in 2017, it's still early to bestow the title of CEO of the Year, but Dorsey has a strong case for the honor.

Is Jack Dorsey CEO of the Year? My Answer May Surprise You @themotleyfool #stocks $SQ $TWTR Next Article
Current