Shares of independent oil and gas producer SandRidge Energy (NYSE:SD) are down 15.4% as of 1 p.m. EST today after the company announced earlier that it will acquire Bonanza Creek Energy (NASDAQ: BCEI) for $746 million. Today's decline suggests Wall Street isn't too keen on the plan.

As part of the deal, SandRidge will acquire Bonanza in a cash and stock deal where Bonanza Creek investors will receive $36 per share, $19.20 of which will be in cash. According to the details of the deal, SandRidge will take out about $274 million in debt to complete the transaction. SandRidge says that the deal will give it access to the Niobrara shale basin in northeast Colorado and will add oil exposure to SandRidge's gas-heavy assets. 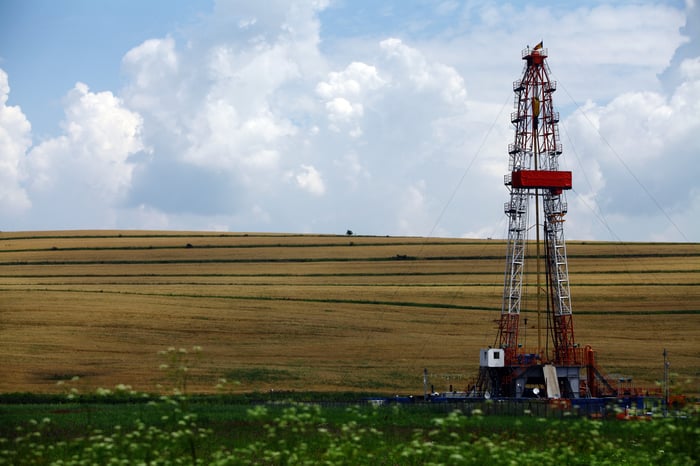 There are a couple of reasons why investors aren't warming to the idea of the acquisition. One is that the two companies don't have any overlapping interests in any of their operating regions. Without the operational synergies that come from combining assets in a common region, there isn't a lot of value to harvest from the deal.

The other aspect that could be scaring away investors is that SandRidge is doing the exact same things it did before it was forced into bankruptcy. SandRidge was a serial acquirer of various assets as it tried to grow production, but it was consistently paying a king's ransom for those properties and taking on debt in the process. Watching the company emerge almost debt-free from Chapter 11 procedures to then start loading up via acquisition again is like watching your fiscally irresponsible friend start putting things on a credit card after maxing out their prior card.

Considering that Bonanza Creek Energy's stock is trading at $32 after the announcement -- 11% below the offer price -- it suggests that this deal might not go through. Bonanza Creek is just re-emerging from Chapter 11 itself and has already scaled back drilling activity because of poor quarterly performance so far this year.

I'm not 100% certain why SandRidge thinks this is a good idea, but it looks like the company can't buck its spending habits and suggests investors should just stay away from this stock.