As hard as a gold-mining company may try to curtail costs, erratic swings in prices of gold can throw a wrench into efforts to grow their bottom lines. This is why, when you hear about gold companies beating Wall Street estimates during earnings season, it's important to look beyond the headlines and find out which company is truly positioning itself for a stronger future.

Three such gold stocks that recently delivered sparkling results are Goldcorp (NYSE:GG), Agnico-Eagle Mines (NYSE:AEM), and Yamana Gold (NYSE:AUY). The good news is that, aside from good numbers, each of these gold miners displayed aggressive intent to grow leaner and stronger, giving investors enough reasons to remain bullish.

I was expecting a strong Q3 report from Yamana Gold, and the gold miner didn't disappoint. Here are some key numbers to note: 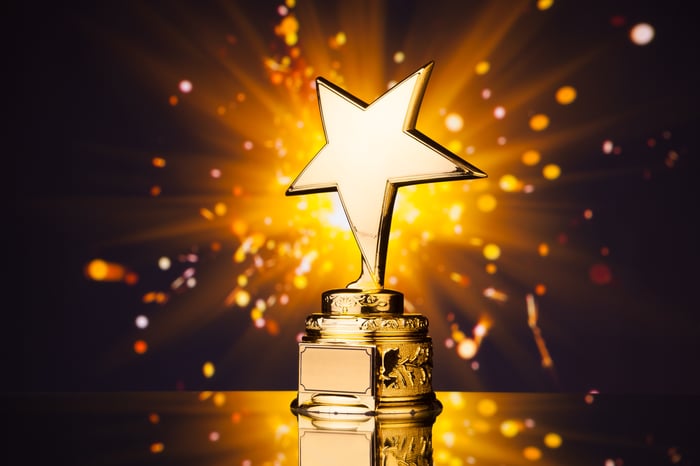 A bigger takeaway was Yamana's upgrading its full-year gold production outlook to 960,000 ounces. That's 4% higher than management's original guidance given earlier this year. But Yamana's update on its seventh mine, Cerro Moro, which holds the key to the company's growth, was most crucial: Yamana confirmed Cerro Moro is on track to start production early next year.

Regarding Yamana's financial standing, I'm going to pick one quote from CEO Peter Marrone from Yamana's Q3 earnings call that speaks volumes: "Divestment opportunities add to the flexibility, although the focus again, I want to come back to point number one, is on cash flow and cash flow growth."

A gold miner that's focused on growing its cash flows is headed in the right direction because, as I explained in this article, cash flows and not net income reflect the true picture of the health of a gold-mining company.

Unlike rival Barrick Gold (NYSE:GOLD), which saw its third-quarter profit plunge 33%, Goldcorp's quarterly profit surged 88% year over year, to $111 million, despite a 5% drop in revenue. Goldcorp attributed this growth to three broad factors:

Goldcorp's production costs declined nearly 12% in Q3, thanks largely to recent restructuring efforts. Goldcorp's all-in-sustaining costs (AISC) still came in a bit higher, at $827 per ounce of gold compared to $812 an ounce, but that was largely because of lower sales. Goldcorp is, otherwise, back on track, having slashed its AISC by 10%, to $808 per ounce during the nine months ended Sept. 30. While Goldcorp reiterated its FY 2017 production and AISC guidance, Barrick lowered its projections for both metrics.

Management confirmed that it's progressing as planned on its 20-20-20 growth path, under which it aims to boost gold reserves and production by 20% each while lowering AISC by 20% by 2021.

One thing that CEO David Garofalo said during Goldcorp's earnings call should leave investors with a lot to look forward to: "Our portfolio repositioning is complete. And our attention now turns exclusively to our existing operations and on the execution of what we believe is the most substantial pipeline in the gold industry."

Agnico Eagle is firing on all cylinders. It reported record quarterly gold production in Q3, lowered its production costs by 13% and AISC by 4%, to $789 per ounce year over year, and earned 44% higher net income, at $71 million.

Agnico also upped its full-year production guidance to 1.68 million or more ounces of gold from its previous guidance of 1.62 million ounces, and lowered its AISC outlook to $820-$870 an ounce. And there's more: Agnico surprised shareholders with a 10% dividend increase. You don't often hear about a dividend hike in the gold industry. With this increase, Agnico remains a top-notch gold dividend stock to own.

Agnico is now focused on the Nunavut region in northern Canada, which houses the company's largest mine, Meadowbank. Earlier this year, Agnico struck gold at some deposits in the region, encouraging management to reverse asset impairments and boost its production outlook through 2020. In its Q3 release, Agnico revealed how it believes "Nunavut has the potential to be a strategic operating platform with the ability to generate strong production and cash flows over several decades."

My pick of the lot

Each of the three gold miners discussed here appears to have strong growth potential, so it could be worth watching all three. For aggressive investors, Yamana could be a solid bet as the stock's upside potential is huge if the company can deliver on its Cerro Moro promises. Agnico Eagle is a great choice for those seeking a safety cushion in dividends, while Goldcorp remains my top low-risk gold-stock pick.