Electronic Arts (NASDAQ:EA) recently announced a partnership with Federation Internationale de Football Association (FIFA) to launch an esports tournament series for the company's popular FIFA video game franchise. This announcement is a deeper push from EA into esports, a fast-growing market within the video game industry that is expected to more than double in size over the next few years to $1.5 billion in revenue.

The FIFA partnership mirrors a similar collaboration EA has with the NFL for its Madden Championship Series. The company releases new versions of these sports titles every year, with FIFA 18 hitting shelves in September and reaching players in 50 countries. As buzz for World Cup 2018 builds, management is using these esports tournaments as a hook to attract new players to the game and increase player engagement. 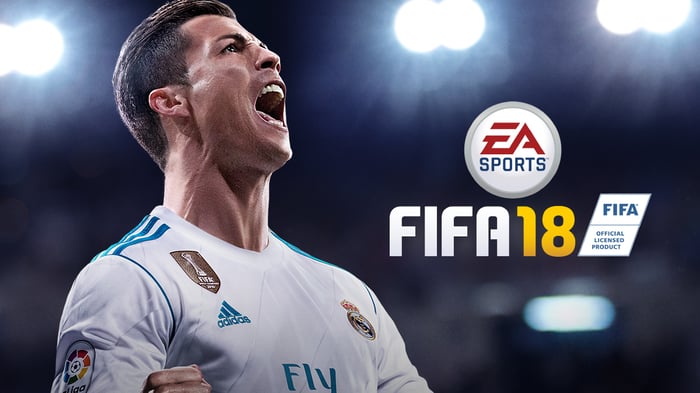 Importance of sports titles to EA

FIFA and Madden have been bellwether games for Electronic Arts, and the Ultimate Team digital card game, which generated 17% of revenue in fiscal 2017, will likely grow in importance. EA includes revenue from Ultimate Team in its live service net sales, which increased 22% year over year through the first two quarters of its current fiscal year.

Underpinning growth in live service revenue is player engagement. Madden NFL 18's Ultimate Team player engagement grew 25% year over year in the second quarter. FIFA 18 debuted toward the end of the period, so no details are available yet, but it should post strong engagement numbers as well.

You don't get 22% year-on-year growth in live services without the esports power that we've seen in our Ultimate Team business. And I challenge any other console player to demonstrate where they've seen revenue growth of that level coming from esports. It is very powerful for us and it will continue to be very powerful.

During the second-quarter conference call, management reported the number of players participating in online competitive game modes has grown 30% over last year, which bodes well for continued growth in Ultimate Team revenue.

There's also a larger dynamic affecting growth in player engagement: Games are becoming more social and more competitive. This trend is becoming a strong tailwind for EA's esports and Ultimate Team strategy. It's also why game streaming is quickly becoming a multi-billion dollar market. Video games are bridging the gap between the isolated, single-player experiences they used to be with the connectivity of social media.

With Ultimate Team, FIFA 18 players can buy in-game digital cards that randomly generate real-life soccer stars of different skill tiers to build dream teams. These fantasy teams can then be used to compete with other players. Collecting cards is almost a game within a game, and if you want to win, you may end up spending more money on Ultimate Team cards than the initial cost to buy the game itself.

Sales of these digital cards, which require very little cost to distribute, has been a key driver of EA's gross margin expansion over the last several years -- up more than 1,000 basis points to 73.2% through fiscal 2017. As EA's Ultimate Team business continues to grow, margins should continue their upward climb. Management is guiding for gross margin to reach an all-time high of 74.6% for fiscal 2018 as the company's digital distribution strategy continues to develop.

FIFA 18 may have one of its best years yet

FIFA 18 is one of the most-watched games on Twitch, the game streaming site platform. Electronic Arts' esports strategy, coupled with the marketing buzz of the World Cup next year, will only increase its popularity, and that should translate to a big year for one of EA's most important franchises.