Shares of book retailer Barnes & Noble (NYSE:BKS) slumped on Thursday after the company reported fiscal second-quarter numbers that came in well below expectations. Comparable sales fell due to major releases in the prior-year period and weakness in nonbook categories. The stock was down about 12% at 12:15 p.m. EST.

Barnes & Noble reported second-quarter revenue of $791.1 million, down 7.9% year over year and $21 million below the average analyst estimate. Comparable sales tumbled 6.3%, in part due to the release of Harry Potter and The Cursed Child last year. Slumping sales of nonbook products accounted for about half of the decline, and the company now plans to place a greater emphasis on books. 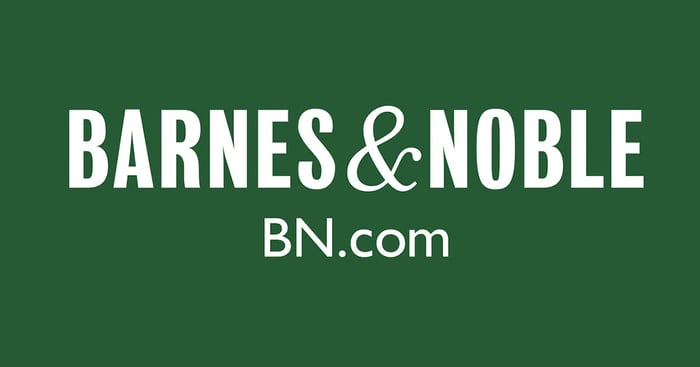 Earnings came in at a loss of $0.41 per share, compared to a loss of $0.29 per share in the prior-year period and $0.15 more than analysts were expecting. Earnings before interest, taxes, depreciation, and amortization was a loss of $25 million due to the decline in comparable store sales.

Barnes & Noble expects comparable sales to be roughly flat for the remainder of year, and it sees full-year EBITDA of about $180 million. Part of this will be driven by cost cuts, which are expected to total $40 million for the full fiscal year.

Barnes & Noble saw improved traffic and conversion trends during the quarter, and its book sales strengthened despite the difficult comparison. "As a result of the improving trends, we will continue to place a greater emphasis on books, while further narrowing our non-book assortment," said Barnes & Noble CEO Demos Parneros.

The company also plans to focus on smaller stores going forward, and it will refine its store base as leases expire over the next few years. With the stock selling off on Thursday, investors don't seem thrilled about another strategy change. This decline erases the gain from earlier this month when rumors of an acquisition emerged.