Investors have fled retail stocks this year as worries mount regarding the "retail apocalypse". Brick-and-mortar chains have announced more store closings than any previous year on record. However, after a mostly miserable year for the industry, something surprising happened in the past month.

Brick-and-mortar chains have surged on a combination of better-than-expected earnings reports from industry bellwethers like Macy's (NYSE:M), Wal-Mart (NYSE:WMT), and Gap (NYSE:GPS), strong sales over the Black Friday weekend, and hopes for the ultimate passage of the Republican tax plan going through Congress. 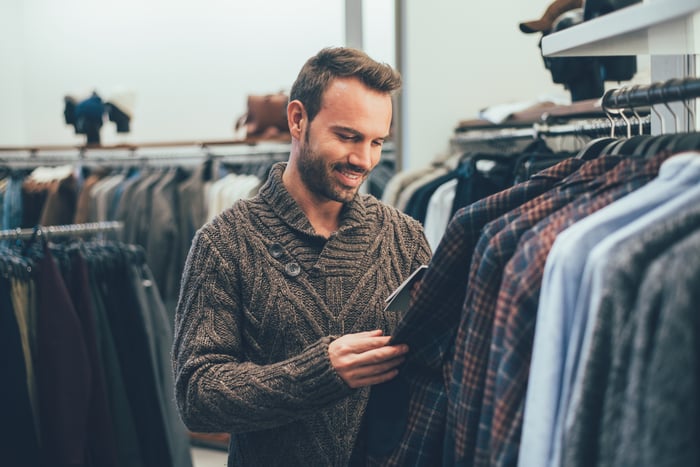 In fact, over the last month, the SPDR S&P Retail ETF has jumped over 10%.

With the tax plan now set to go to conference committee after passing both houses of Congress, let's take a look at the implications for the retail sector.

Retailers and restaurants pay a higher effective tax rate than any other sector as they aren't eligible for the many tax breaks that tech, manufacturing, financial, and energy companies are often able to take advantage of. Also unlike the many multinational companies operating in those sectors, most U.S. retailers tend to derive the vast majority, if not all of their revenue from domestic operations, meaning that they are unable to benefit from lower corporate tax rates in foreign countries. With the corporate U.S. tax rate currently at 35%, many retailers pay an even higher effective tax rate with state and local taxes on top that.

The table below shows the effective tax rate for some of the country's best-known retailers as of their most recent quarters.

By comparison, the median effective tax rate on the Dow Jones Industrial Average is 24.5%, and the only company of the 30 components to pay a higher rate than 35%, aside from Home Depot, is UnitedHealth, which pays a rate of 40%.

With both the House and Senate bills calling for the corporate tax rate to be lowered to 20%, retailers stand to reap big rewards if the bill becomes law.

An industry in need

Not only do retailers pay a higher effective tax rate than any other industry, but brick-and-mortar chains are also more in need of a windfall than their corporate peers. As e-commerce and the rapid growth of Amazon threaten physical retailers, the industry is adapting by consolidating stores and focusing on online sales and better in-store service. However, the pace of change is faster than it's ever been for an industry as old as commerce itself, and many chains have already been forced to declare bankruptcy.

Retailers like the ones above continue to generate profits, but many have had to shutter stores and cut expenses. A corporate tax cut would give such companies the ability to make needed investments in their businesses or even return capital to shareholders through share buybacks or dividends, which would help boost share prices.

For a company with a 35% tax rate, reducing it to 20% would lift profits by 23%. Below are a couple of real-world examples.

While a corporate tax cut alone won't save retailers, retail stocks are trading at bargain-basement levels with some at single-digit P/E ratios. They should move higher if the bill continues to work its way to becoming law. The cash infusion will not only boost profits but give stalwarts like Macy's a better chance of thriving in a future where stores play less of a role in consumers' lives.